In pursuit of their highest-ever Serie A finish, second-placed Atalanta BC meets fellow from side Sassuolo on Saturday at the Mapei Stadium.

The attack-focused teams convene with Gian Piero Gasperini’s men on a run of six wins from seven league games, while the hosts are enjoying a return to the peak of their powers – having posted four straight successes coming into this weekend.

Sassuolo vs Atalanta in Serie A: Match Details

As is typical of Gian Piero Gasperini’s adventurous outfit, the goals were shared around the team – with five separate names on the scoresheet at the Gewiss Stadium. In fact, 13 different squad members have now contributed two or more goals to the Atalanta cause this term. 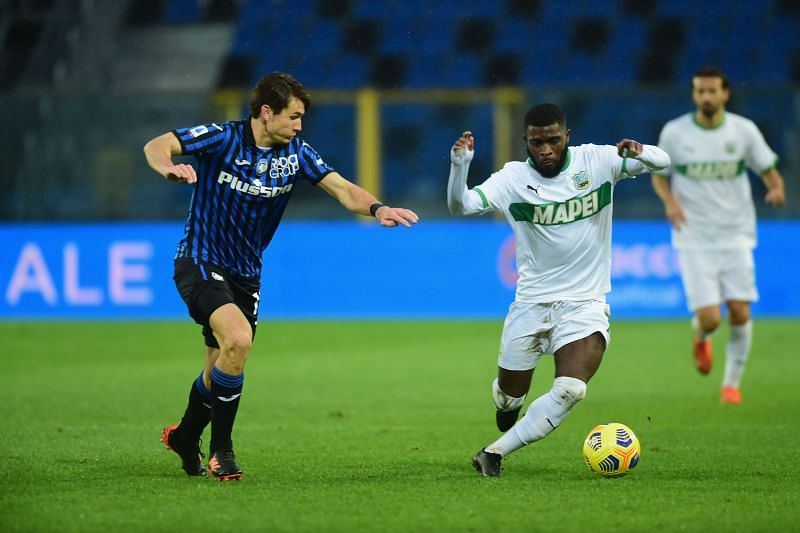 After finally putting together successive Serie A wins for the first time since October, Sassuolo has since staged a sensational second-half comeback at San Siro to defeat Milan, then edged to a 1-0 win over Sampdoria last time out.

That four-game winning run has secured the Neroverdi’s top-half finish, which looked in jeopardy due to an elongated mid-season lull, and pushed them to within a touching distance of Roma in seventh – a final position which would book a place in UEFA’s new Conference League for next season.

Atalanta has an excellent record against Sassuolo and has won 12 games out of a total of 18 matches played between the two teams. Sassuolo has managed only two victories against Atalanta and needs to improve their record in this fixture.

The reverse fixture between the two Italian sides took place in January earlier this year and ended in an emphatic 5-1 victory for Atalanta. Sassuolo was dismal on the day and cannot afford another debacle this weekend.

Sassuolo form guide in the Serie A: W-W-W-W-L

Atalanta form guide in the Serie A: W-D-W-W-W

Ronaldo to Man City: Pep Guardiola’s plan for Cristiano Ronaldo in the starting 11 of Manchester City