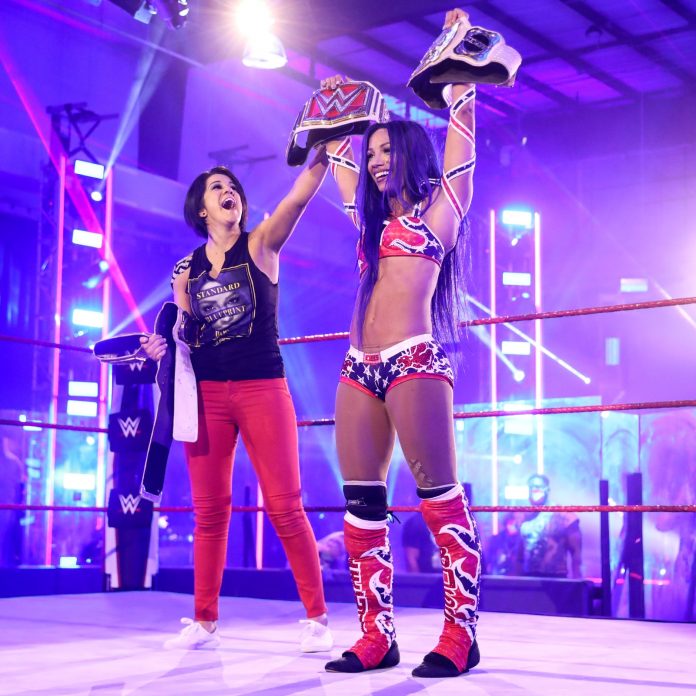 WWE Raw Results: The main event for the latest episode of Monday Night RAW took place between Sasha Banks and Asuka for the WWE Women’s Championship rematch. After the controversial end of WWE Women’s Championship at Extreme Rules, this championship match later rescheduled by Stephanie McMahon last week on RAW. With this, Sasha Banks joined the elite club of a wrestler who has over five championship titles after she defeated Asuka in this latest episode of WWE Raw.

Trish Stratus might be the greatest Diva to ever set foot inside a WWE ring.

Gorgeous, powerful and talented, the Canadian beauty was easy on the eyes but tough on opponents. This rare mix of good looks and skill helped Trish nab a record seven Women’s Championships during her run with WWE.

Currently out of the main roster because of injury, Charlotte Flair is a four-time Raw Women’s Champion, a five-time SmackDown Women’s Champion, and a one-time Divas Champion and a two-time NXT Women’s Champion; she is the only woman to have won four of the six primary women’s championships to have existed in WWE; the most any other woman has held is three.