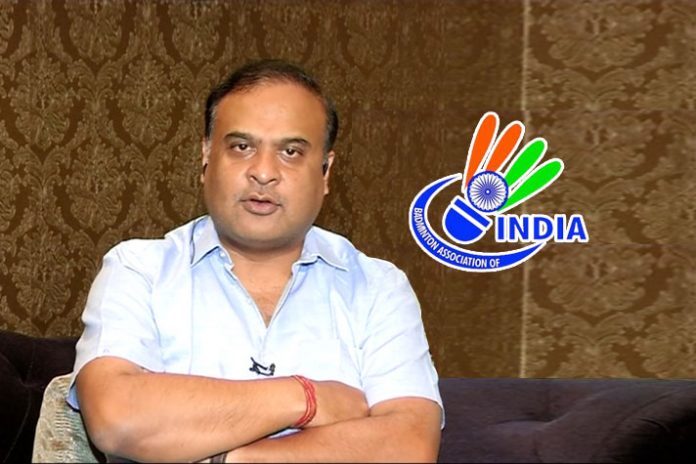 Himanta Biswa Sharma is all set for a full term as the president of the Badminton Association of India. Former Union Minister Anbumani Ramadoss will be the treasurer.

The BAI elections are scheduled for April 3 during the Annual General Meeting in Goa. The nomination process is complete. The voting will take place only for the post of honorary secretary-general to decide the two-way contest between KK Sharma, the former Rajasthan Cricket Association secretary, and Ajay Singhania, the present BAI executive member from Haryana. Sharma at present is a joint secretary in the BAI.

The office-bearers for all the other significant offices in the BAI are decided unopposed.

Incumbent BAI honorary general secretary and the official spokesperson Anup Narang could not secure a nomination for a full term in the office. He was nominated to the post by former BAI president Akhilesh Das Gupta as the then elected honorary secretary-general Dr Vijay Sinha was terminated from the post after “being found guilty of serious charges of sexual harassment”.

Davender Singh, IAS, will continue to be the senior vice-president in the BAI as is the only nominee for the post, just like Sarma and Ramdoss.

Incumbent joint secretary Omar Rashid after the AGM will replace veteran KC Punnaiah Choudary as the secretary, tournaments. Choudary will be one of the 12 vice-presidents in the new BAI set up. Dr Alaknanda Ashok from Uttrakhand, Viraj Sagar Das from UP, former India shuttler Pradeep Gandhe and Maharashtra industrialist Arun Lakhani will be among the other vice-presidents.

The seasoned politician and the architect of Bharatiya Janta Party’s strong presence in the North East, Sarma has assumed the charge as the interim BAI president during the executive committee in Lucknow after the then BAI head Gupta’s demise. He was the unanimous choice for the BAI president’s office till the next elections. He remains the unanimous choice to continue in the BAI heads for the Executive Committee elections.