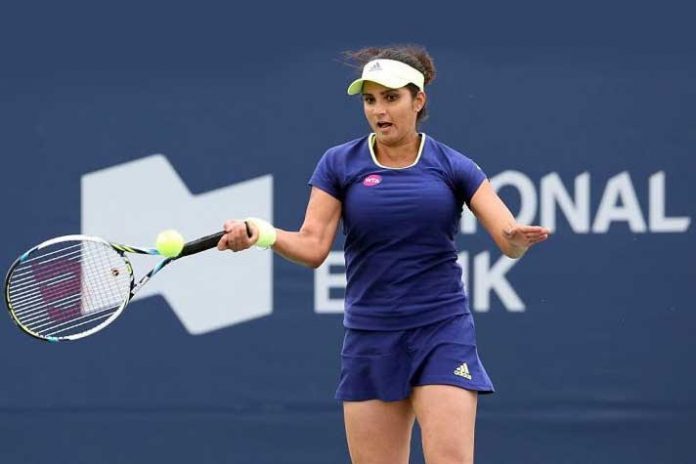 Indian tennis ace Sania Mirza on Thursday confirmed that she will be back to competitive tennis at Hobart International in January 2020, two years after taking a maternity break.

The 33-year-old, who last played at China Open in October 2017, will team up with Ukraine’s Nadiia Kichenok, the current world number 38.

“I am playing in Hobart, then I am playing the Australian Open. I am planning to play a tournament in Mumbai, which is a USD 25,000 (ITF women event) next month, but I am 50-50 about it, so let’s see how my wrist behaves. We will see, but Hobart and Australian Open (for sure),” she said at a press conference.

Sania, the winner of six Grand Slam titles, said she is back to her best shape.

“There are a lot of changes when you have a baby. Your routine and sleep pattern changes. I (now) feel fit, my body is where it used to be before I had the baby. It was only six-seven months ago, where I thought about it as a realistic possibility,” she said.

Sania will partner American Rajeev Ram for the mixed doubles at the Australian Open.

She was speaking after inaugurating the newly re-laid tennis courts at the iconic Khar Gymkhana here in presence of Mahesh Bhupathi, Gymkhana’s President Vivek Devnani and secretary Gaurav Kapadia.

Sania said she encountered about with Chikungunya fever recently.

“Three months ago I got this virus Chikangunya, that was a setback because for two weeks I was sick. I have left wrist pain out of the blue, because of this virus and it can last up to three months to one year. All and all I feel good, today I can tell you that I am ready to compete again. Of course, it will take me time to the level that I was playing (before), but it is a good to start for me to feel good physically,” she said.

Sania also said that Tokyo 2020 Olympics was on her mind.

“I have been there (Olympics) three times and last time we were unlucky to not win a medal. If I am able to put myself in that position to able to compete at the Olympics again for the fourth time in my life, I would be really honored and privileged. I have got three slams before the Olympics and for me, it’s a week to week and day today.”