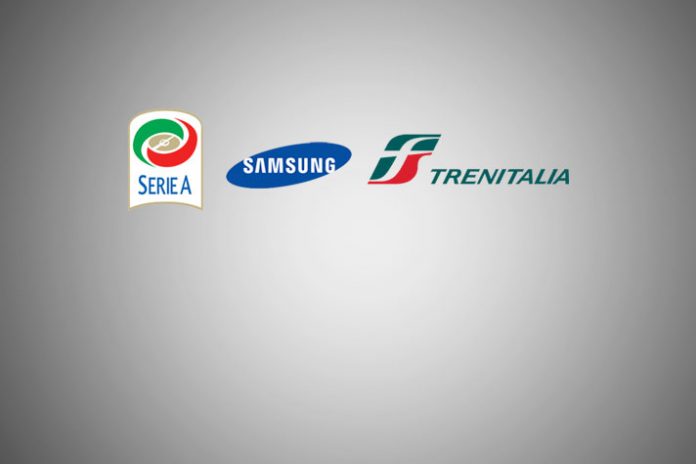 Samsung and Trenitalia are reported to be frontrunners to bag the Serie A title sponsorship. Serie A is expected to announce the new title sponsors in the next few weeks after the Italian telecom brand Tim has walked out of their long-term top-tier Italian club football deal.

Korean electronics giants Samsung and Italian train operator Trenitalia are both in the running to title sponsor Serie A, Italian football news platform Calcio Finanza has reported. The Italian telephone operator Tim has reportedly not renewed its long-standing association with the top division club football league Serie A. The lower sponsorship value, offered by Tim, was not acceptable to Serie A.

Tim had completed two decades as a Serie A sponsor since the relationship dated back to 1998. Their three-year title sponsorship renewal inked in 2015 had expired on 30 June.

Serie A is reportedly engaged in talks with Trenitalia and Samsung, who both are said to be keen to replace Tim as the title sponsors of the top division football league in Italy. An official announcement from the Serie A is expected soon.

Reports suggest that there is a strong possibility that the League would close two different sponsorship agreements for the Serie A and the Italian Cup. Until last season there were talks of a Serie A Tim and Tim Cup from the 2018-19 season. Since the Tim is out, the possibility of having two different sponsors for the two top division football tournaments in Italy is not ruled out.

The Serie A title sponsor will have the right to provide the official ball of the tournament, visibility on a shirt sleeve of the participating clubs, as well as on back-drops and signage in stadiums and on digital platforms.

If the deal is not closed in time for the new season, the teams will start only with the Serie A logo on their jersey sleeves. The match ball, in that case, will also have only the Serie A logo.