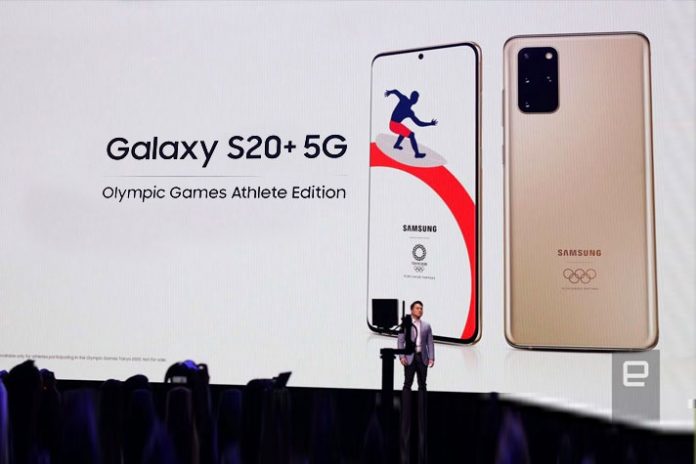 IOC’s  Worldwide Partner in the Wireless Communications Equipment and Computing Equipment category, the Korean electronic brand unveiled the special Games Athlete Edition at an event in San Francisco, where the company also made several other important announcements.

The Samsung Galaxy S20+ 5G Olympic Games Athlete Edition is an extension of the regular Samsung Galaxy S20+ mobile phones. The players’ special edition will with a matte gold finish with preloaded wallpapers to support the Tokyo 2020 Games and have the Olympic rings at the back panel.

The company will reportedly give the special editions phones to the participants at the Tokyo 2020 Games. Over 11,000 athletes from across the world will take part in the 32nd Olympic Games, slated from July 24 to August 9 this year.

Samsung has also provided similar, limited edition phones at the 2016 Rio Summer Games and the 2018 Winter Olympic and Paralympic Games. Samsung has continued with the tradition ever since London 2012 Olympics and Sochi 2014 Winter Games. The company had reportedly presented 12,500 Galaxy S7 Edge phones to athletes at the last edition of the Olympic Games in Rio de Janeiro.

The company had also released a limited edition Galaxy S10+ Olympic Games model in Japan in May last year to commemorate Tokyo 2020.