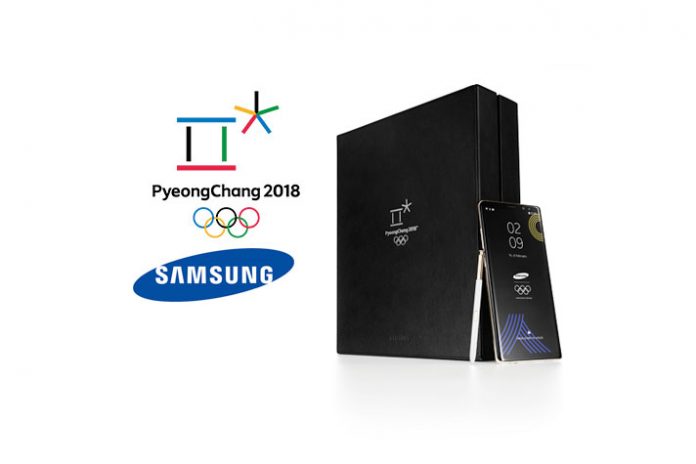 The Korean electronics and smartphone brand will also provide ‘Galaxy Note 8 Olympic Edition’ to all the 4,000 athletes participating and IOC staff taking part in in the Olympic Games to record the memories of the games and share them with the rest of the world.

‘Galaxy Note 8 Olympic Edition’ is the latest feature of Galaxy Note 8, including ‘Infinite Display’, with a minimized the 6.3-inch bezel, S-pen, and the highest performance dual camera.

In addition, ‘Galaxy Note 8 Olympic Edition’ will be provided with an application for viewing a variety of information related to the Olympic Games and exclusive wallpapers based on the 2018 PyeongChang Winter Olympics.

The limited edition smartphone will come in a special packaging with Olympic rings and logo of Pyeongchang 2018 engraved on the box package and the handset.

Lee Young-hee, Vice President of Global Marketing Center at Samsung Electronics said, “Through the Galaxy Note 8 Olympic Edition, we hope that all Olympic athletes and officials will be able to share and communicate the special experiences of the 2018 Pyeongchang Winter Olympics with their family, friends and fans.”

IOC chairman Thomas Bach said, “During the past 20 years, Samsung Electronics’ innovative mobile technology has played a role in spreading the Olympic spirit to all over the world.”

Samsung, apart from being the official partner of the Games, is also a worldwide Olympic partner. Samsung’s Life Insurance and Fire & Marine Insurance divisions are also the official sponsors of Pyeonchang 2018.