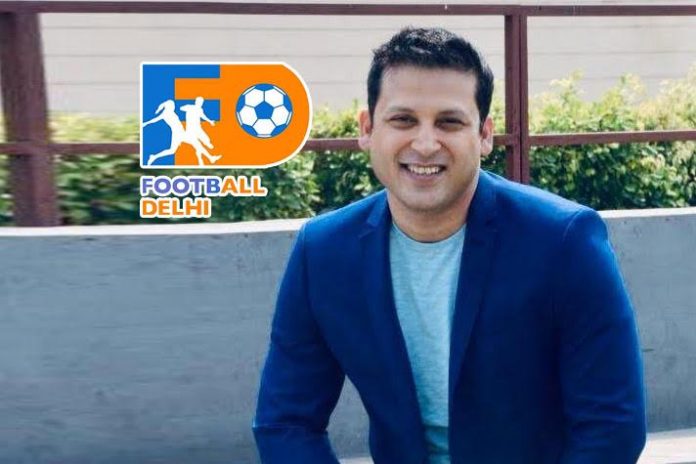 Football Delhi has announced a major professional appointment. Veteran sports journalist and noted anchor Samip Rajguru has been roped in as the Chief Executive and General Secretary of the governing body for football in the Capital.

With the aim of boosting the growth and development at every level, Football Delhi has approved the appointment of former India TV Executive Sports Editor, Samip Rajguru as its General Secretary (Chief Executive) in its executive meeting September 1. Rajguru, a former player and with 23 years of experience in media, will assume charge from October 1.

Having played the Santosh Trophy from 1993 to 1995, where he represented Madhya Pradesh, Rajguru understands the game inside out. An excellent player from the school level, he had been a part of the U-19 Schools India Camp in 1990 before playing for Assam at the 1992 U-21 Nationals and going on to captain Jiwaji University later on, Football Delhi has stated in a Press release.

Rajguru’s deep association with the game makes him just the right person needed to professionalize the entire structure of Football Delhi and focus on how to bring out the best of players right from a young age as well as spread the sport further.

Speaking on his appointment, Football Delhi President Shaji Prabhakaran said, “We are fortunate to get the services of Mr. Samip Rajguru and him joining the Association will significantly help in professionalising our structure and improve every aspect of the game.”

“His media experience of 23 years and his stint as a Santosh Trophy player will be to our advantage in promoting the game in the National Capital Region. My best wishes to Samip Rajguru and we are looking forward to working with him to develop the game in India’s capital city,” he added.

On the new association, Samip Rajguru said, “I have played the game, I have covered the game as a journalist and now it is time to work for the game.

“I always believe that one must give it back to the sport that gave you so much and the best way I could start was from the capital of the nation. I thank Football Delhi and its President Mr. Shaji Prabhakaran for this opportunity. I look forward to the challenges and hope to win it for my team and Delhi.”

Ever since May 2019, when Edmund Jones, the first full-time General Secretary left the office due to his ill-health, the position had remained vacant. Football Delhi was on the lookout for someone to succeed Jones, who had served the Association with the highest integrity and dedication.

Rajguru’s in-depth knowledge of local as well as global football events made him the right choice for the post and he will also be the official spokesperson of the state federation. Rajguru, who had served Aajtak for 19 years as an Associate Editor and was subsequently the Executive Editor of India TV, was looking to contribute to the sport that had his lifelong passion, when the offer came.