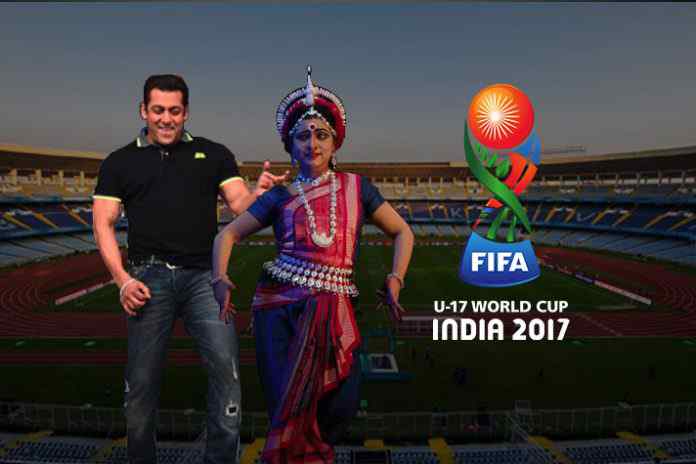 Superstar Salman Khan and renowned Odishi dancer Dona Ganguly will be the star performers at a special ceremony to mark the FIFA Under-17 World Cup grand finale in Kolkata.

International football fraternity is in awe of India’s organisational skills after having seen the success of the ongoing FIFA Under-17 World Cup finals. The world football governing officials have pronounced India “ready to play the host to the FIFA Senior World Cup”. Now, the FIFA president Gianni Infantino will get a taste of great Indian hospitality and culture.

Kolkata is all set to explode as a special performance in front of the FIFA delegates including President Infantino will be given by one of Indian cinema’s biggest stars – Salman Khan.

Dona Ganguly, the noted Odishi dancer and the wife of the FIFA 2017 finals brand ambassador and former Indian cricket team captain Sourav Ganguly, will also enthrall the audience with her troupe of 30 performers, xtratime.in has reported.

The grand event is organized by the State Chief Minister Mamata Banerjee at the Eco Park to felicitate the FIFA President on the eve of Saturday’s summit clash between England and Spain.

Apart from Infantino, all other 36 FIFA council members, the AIFF officials, the AIFF President Praful Patel, the leading cultural personalities and industrialists would also take part in the function.

FIFA president, along with many of his world football governing body colleagues, the State Chief Minister, cricket icons Sachin Tendulkar and Sourav Ganguly are expected to attend the final match at the Salt Lake Stadium on Saturday.