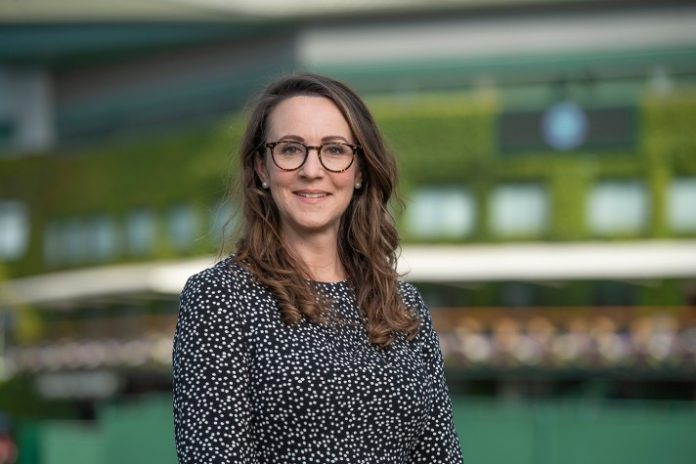 The Committee of the All England Lawn Tennis Club (AELTC), which stages The Championships, Wimbledon, has announced the appointment of Sally Bolton OBE to succeed Richard Lewis CBE as Chief Executive of the AELTC following The Championships 2020.

In a process of a planned succession, the AELTC conducted a robust and wide-ranging global search process with the support of executive search firm SRI Executive, Wimbledon.com has reported.

With a proven track record of sports and event management experience at both an executive and non-executive level within the sports industry, Sally was recognized by the AELTC Committee for her depth of experience, vision and positivity in managing a wide variety of external and internal stakeholders at both a strategic and operational level together with her commitment to striking a balance between innovation and evolutionary progress.

Ian Hewitt, AELTC Chairman, commented: “Sally has a well-established pedigree in international event experience across a variety of sports with her background in rugby league, athletics and here at Wimbledon over four Championships. Her ability to combine a depth of operational knowledge with quality strategic thinking will make a significant contribution to the future strategy and direction of the AELTC and she will be an excellent leader of our able executive team. Our Committee felt that she is perfectly placed to assist us in embracing and delivering on our future challenges and opportunities.”

Sally Bolton OBE commented: “I am thrilled to be appointed as the next Chief Executive of the AELTC. In my four years working here to date I have learned what a special place the All England Club is and to be asked to lead such a fantastic organisation through the next period of its history is a tremendous honour and privilege. We have some fascinating challenges and opportunities ahead of us, and I look forward to working with Richard to achieve a successful transition before he steps down, and with Ian, the Committee and the rest of the executive team to ensure that Wimbledon continues to be regarded as highly as it is today.”

Richard Lewis CBE, AELTC Chief Executive, commented: “I am delighted that Sally has been appointed as my successor, she is the ideal person to take on this wonderful role. I look forward to working with her as we begin the process of a smooth and well managed transition. In the meantime, I look forward to working with Ian and the rest of the Committee on the delivery of a successful Championships in 2020 before I finally step down.”

Bolton has been working in sport since 1996. Having been Chief Executive of Wigan Rugby League and Orrell Rugby Union clubs she then delivered numerous events at major stadiums such as Wembley, Old Trafford, Millennium Stadium and Murrayfield. Bolton went on to lead the delivery of the Rugby League World Cup in 2013 following which she was awarded the OBE. She then spent two years as the Managing Director of the Organising Committee for the London 2017 World Athletics Championships, before joining the AELTC as Head of Corporate Affairs in 2016. Taking on the position of Strategic Planning and Operations Director in February 2018, Bolton has been part of four Championships at Wimbledon, and played a significant role in the acquisition of the Wimbledon Park Golf Club. She has been a Board Member of UK Sport since March 2018 where she is the Board’s diversity champion and has been a member of the Major Events panel since 2013.