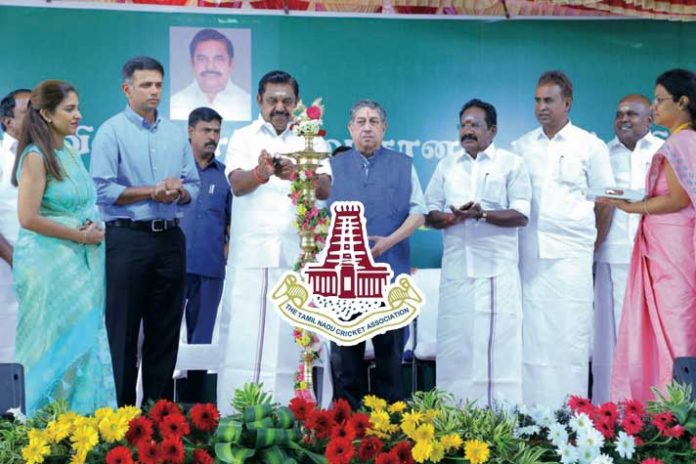 A new cricket stadium of international standards was inaugurated in Salem on Sunday by Tamil Nadu Chief Minister K Palaniswami.

Also Read: TNCA thanks govt for extending lease of M A Chidambaram

Speaking at the event, Dravid hailed the facilities at the stadium got up by Salem Cricket Foundation and praised the Tamil Nadu Cricket Association (TNCA) for developing facilities and infrastructure.

“It is fantastic that facilities and infrastructure are being developed by the TNCA and the Tamil Nadu government. I truly believe that the next generation of cricketers, next generation of heroes and talent in the country is going to come from smaller towns and cities and such facilities would help them achieve their goal,” the legendary cricketer added.

He also praised Tamil Nadu left-arm paceman T Natarajan, who hails from Salem and said he would be a role model for a new generation of players.

On the occasion, Srinivasan promised to bring an IPL match to this new venue and hoped the legendary MS Dhoni would lead three-time IPL champion Chennai Super Kings in a game at this ground.

The stadium is located just off the Chennai-Salem highway and some 24 km from Salem town.