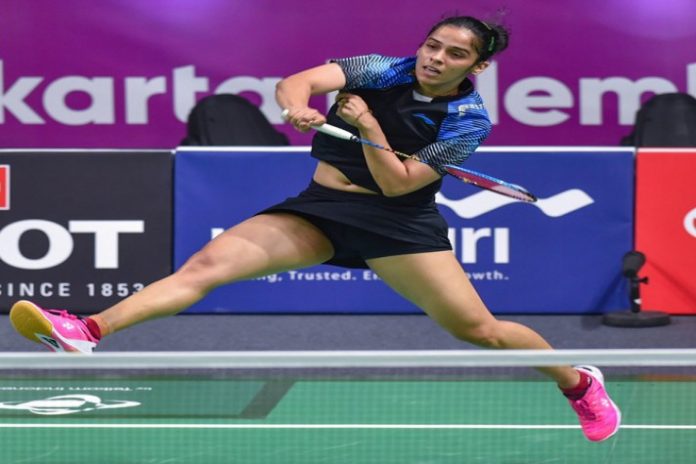 Saina continued with her struggling form, losing to Japan’s Sayaka Takahashi 15-21 21-23 in the match that lasted 37 minutes to crash out of the USD 775,000 tournament.

World number 8 Saina has been going through a tough phase with fitness issues since claiming the Indonesia Masters in January. She had also made first-round exits at the China Open and Korea Open earlier this year.

World number 12 Takahashi had defeated Saina the last time they met at the Thailand Open in August.

In the men’s singles first round, former champion Kidambi Srikanth lost to fourth seed Anders Antonsen of Denmark 14-21 18-21 in the match that lasted 43 minutes.

Srikanth, who had skipped China and Korea Open due to a knee issue, had beaten Antonsen at the 2017 World Championships, but the Danish shuttler has come a long way since then, having reached the finals of this year’s World Championships in Switzerland.

Currently ranked fourth, Antonsen has won the Indonesia Masters, Barcelona Spain Masters, European Games and made it to the finals at Indonesia Open Super 1000 this year.

Sameer Verma, however, crossed the first hurdle in the men’s singles when he beat Kanta Tsuneyama of Japan 21-11 21-11 in 29 minutes to advance to the second round.

The Indian mixed doubles pair of Pranaav Jerry Chopra and N Sikki Reddy also made it to the second round with a 21-16 21-11 win over the German duo of Marvin Seidel and Linda Efler.

In another mixed doubles first-round match, Satwiksairaj Ranki and Ashwini Ponnappa did not take the court and conceded a walk over to the second seeded Chinese pair of Wang Yi Lyu and Huang Dong Ping.