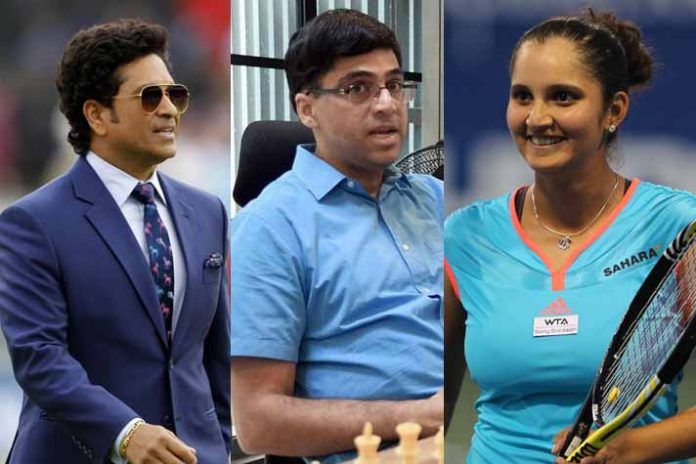 Legendary Sachin Tendulkar along with the chess wizard Viswanathan Anand and tennis ace Sania Mirza are likely to grace India’s first ever day/night Test against Bangladesh here at Eden Gardens from November 22-26.

Already Bangladesh Prime Minister Sheikh Hasina has given her consent to the BCCI and will be attending the first day’s proceedings.

Prime Minister Narendra Modi has also been sent an invite.

“Day/Night Test was one of my dreams. We want to make it a spectacle for everyone. We will make it a fantastic event. Work is on and in three or four days’ time, I will be able to give you a concrete picture of what all is happening. It will be a huge event,” Ganguly told reporters at the Eden Gardens.

As for the invitees, Ganguly said: “I’m trying to get hold of Sachin. We will felicitate Olympic medallists MC Mary Kom, PV Sindhu for their achievements.”

“Bangladesh PM Sheikh Hasina is coming. A request has been sent to the Prime Minister’s Office. Invitations have also been sent to Didi (Chief Minister Mamata Banerjee) and the Honourable Governor (Jagdeep Dhankar).

“We will felicitate the players of the first Test when India played Bangladesh. We want to make sure that everybody is available,” Ganguly said.

“Anand would be here for a Grand Chess Tour event around the same time, so we have invited him too. He is most likely to grace the Test. We have also invited Sania Mirza,” Avishek said.

Revealing further plans, the CAB secretary said they are planning a charity match for HIV-positive children during the 40-minute supper break on first day.

The first day of the match could see a helicopter revolving around the Eden Gardens from which a skydiver will come flying into the ground with the trophy in his hand. Pink colours might also be showered from the sky.

The CAB also plans to give a pink hue to the tickets for India’s first ever day/night Test.

Meanwhile, Ganguly also informed that the BCCI AGM will be held in third week of November.

“It will be held in the third week of November. The final date is yet to be confirmed,” Ganguly told reporters at the Eden Gardens here.