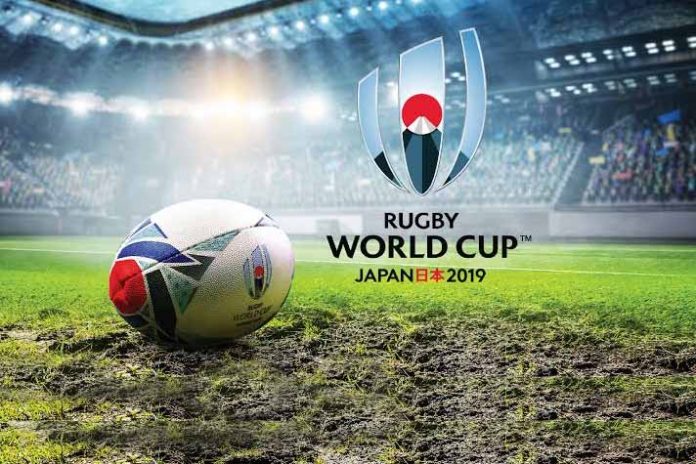 Rugby World Cup champions Springboks are back home to a grand reception on their arrival at Johannesburg on Tuesday. The sport itself has achieved much more than the world rugby body and the Rugby World Cup 2019 organisers in Japan would have expected.

In an unprecedented impact and audience, the just-concluded Rugby World Cup 2019 in Japan has shattered as many as nine records off the pitch during the most impactful and ground-breaking Rugby World Cup in history.

The first-ever Rugby World Cup in Asia has been a rage in terms of ticket sales, attendance, fan activation, CSR and legacy programs.

With a record 99.3 percent attendance across the tournament resulting in 1.84 million tickets sold, in addition to more than 1.13 million people filling the official fan zones and over 400,000 international visitors enjoying the incredible hospitality of hosts Japan, Rugby World Cup once again took its place at the top table of global sporting events.

Japan 2019 also smashed records for fan engagement around the globe with an incredible 1.7 billion digital video views and an estimated worldwide broadcast audience of 400 million, including a domestic all-time record television audience of 54.8 million for the unforgettable Japan v Scotland pool phase match.

Off the pitch Japan 2019 has proved to be the most impactful in history with more than 1.8 million new rugby participants across Asia as part of World Rugby’s Impact Beyond legacy programme, while the generosity of the global rugby family has seen a record breaking £2 million raised for the ChildFund Pass It Back initiative, Rugby World Cup’s principal charity partner, benefitting over 25,000 underprivileged young people in Asia via rugby and life skills programmes.

With a record 437 billion Yen economic impact delivered for Japan, the Rugby World Cup has not only shone a spotlight on rugby in Asia but contributed significantly to business and commercial communities.

It was a records galore for the sport and the World Cup as the Japan edition created the following bench marks for the commercial growth of rugby:

Ø Record competitiveness with 30.5 average winning margin between Tier 1 and Tier 2

Ø Record attendance of 70,103 spectators at Yokohama International Stadium for the final

World Rugby and the Japan Rugby 2019 Organising Committee can look back on an incredible six weeks of action that saw competitiveness again increase on the field of play with the outstanding performances of Japan’s Brave Blossoms and admirable efforts from the likes of Uruguay, Georgia, Namibia and Tonga contributing to a decrease in the average winning margin between established and developing nations, and demonstrating that the future of international rugby is increasingly competitive.

World Rugby Chairman Sir Bill Beaumont said: “Rugby World Cup 2019 has been one of the greatest, if not the greatest of all time, and certainly the most ground-breaking in terms of bringing the game to new audiences and attracting new fans to the sport we love.

“On behalf of the whole global rugby family, I would like to thank from the bottom of our hearts Japan and the Japanese people for being such wonderful, humble and history making hosts.

“While South Africa will rightly take home the Webb Ellis Cup following their outstanding victory, the amazing performances of the Brave Blossoms undoubtably brought some of the most memorable moments of the tournament.

“The way Japan reacted to the incredibly difficult events surrounding Typhoon Hagibis was a tribute to the resilience and determination of the people of this wonderful country and we continue to think about all those who lost loved ones or were affected by this tragic event.

“Finally, I would like to thank all 20 teams, the players, match officials, host cities and the amazing ‘No Side’ volunteers who all played their full part in ensuring Rugby World Cup 2019 will live long in the memory. Japan 2019 has broken records galore and has changed the face of rugby forever.”

Rugby World Cup 2019 Organising Committee CEO Akira Shimazu added: “The incredible action on the field and the amazing response from fans here in Japan and around the world have made the 44 days of competition pass in the blink of an eye. I want to express my deepest gratitude to the players who made the tournament truly special. With their on-field heroics and desire to embrace being in Japan, they have shown the very best attributes of rugby and in doing so, captured the hearts and minds of the host nation.

“Thanks also to all the fans. Your support, energy and enthusiasm has been truly wonderful and like the players, have shown the Japanese public why the global rugby family is such a special, unique and integral part this great game.

“I would also like to thank World Rugby for their partnership in running this tournament. We have worked together in a positive and proactive way, ensuring that the tournament was a major success.

“I send my best wishes to the people of France for a wonderful Rugby World Cup 2023. We are sure the tournament will be a great success and we offer all possible assistance and support during your preparations.”

As attention turns to the future, preparations are already well advanced for Rugby World Cup 2023 in France, with a delegation from the organising committee participating in an official handover at the World Rugby Awards at the conclusion of the path-breaking Tokyo edition.