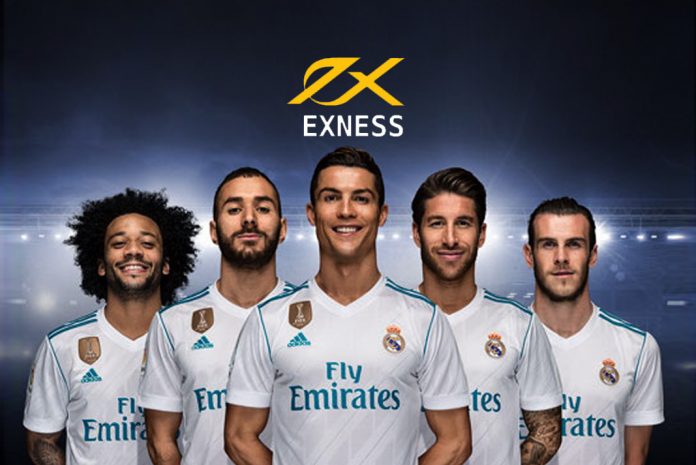 Cristiano Ronaldo has signed a personal endorsement agreement with Exness. The forex broker regulated in Cyprus and the UK has also signed a separate deal with Real Madrid.

Exness has a few days back also signed a three-year partnership with Ronaldo’s Spanish club side Real Madrid. That deal with the La Liga and Uefa champions is stated to be worth $3.5 million per year.

The company has reportedly negotiated the Ronaldo and the Real deals separately.

“It’s an honour to partner with an international company that gives back to the world not only in offering the highest quality of services but also in fostering a socially conscious culture,” said the four-time Fifa Ballon d’Or Awards winner. The football legend is also the first player to win four European Golden Boots.

“This captures my own personal agenda of being the best I can be on the international football scene and giving back to the community with every opportunity I get,” adds Ronaldo.

Ronaldo is currently facing a trial in Spain for tax evasion charges. He gave his own testimony on Tuesday, where he denied all wrongdoing and claimed he was being targeted because of his status.