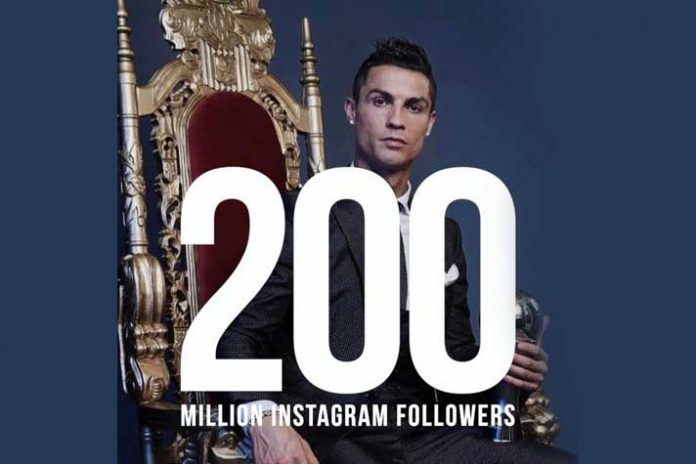 Cristiano Ronaldo, the most followed celebrity on Instagram, has become the first person to breach the 200 million (20 crore) followers’ mark on the social media platform. The feat also makes Ronaldo’s certified Instagram account ‘@cristiano’ with 200.2 million followers the second highest followed account on the photo and video sharing platform.

Official Instagram company remains in the number 1 position with 330 followers.

The Portugal and Juventus star in a video post on Instagram has shared his journey in pictures while extending thanks to his over 200 million fans. “Wow 200 million!!! Thank you to each and every one of you for sharing this journey with me every day!!?️,” reads the caption.

Wow 200 million!!! Thank you to each and every one of you for sharing this journey with me every day!!??❤️

Lionel Messi, Barcelona and Argentine star striker, is the next most followed footballer on the Instagram list with 141.8 million followers and Neymar Junior is followed by 131 million fans on Instagram, an overall 10th position. Messi has the second-highest Instagram income at $23.3 million, according to Forbes.

The biggest brand icon in India and the cricket world, Virat Kohli has reached 48.7 million Instagram followers, while his each commercial post can have a value of up to ₹ 1.74 crore. 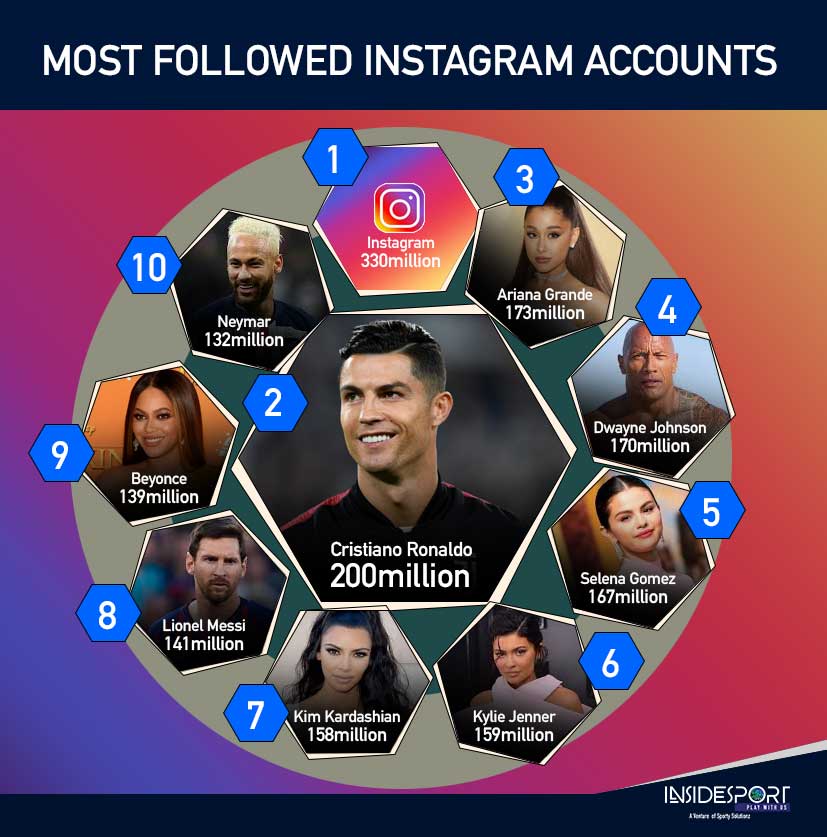 Ronaldo is also the most liked athlete on Facebook with around 122.3 million likes on the site and 124.4 million followers. Such is the commercial strength of  Ronaldo’s social media fan following that his Instagram earnings per annum exceed his estimated $ 34 million professional fees as a footballer.