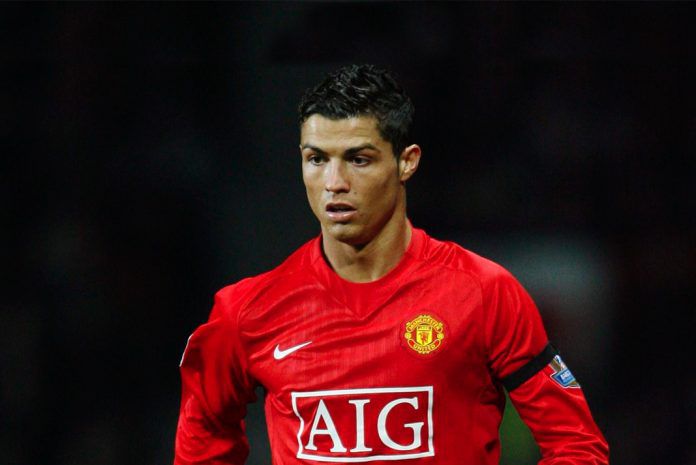 Cristiano Ronaldo. The highest paid athlete of 2016. The Portuguese and Real Madrid soccer icon’s tech-savvy approach to investments and branding also differentiate him as a pro-athlete entrepreneur.

He’s the star player on Real Madrid, favored to win the UEFA Champions League final this weekend for the second year in a row. While he likes to buy fancy cars, homes and clothes with his take-home pay, he has also proven to reinvest some of the money he has earned into longer-term investments. In 2015, Ronaldo invested more than $40 million to launch his own boutique hotel brand called CR7, a move that he said was an effort to prepare for life after his professional soccer career. The CR7 brand also spans footwear, underwear, fragrance and other apparel.

His total earnings for 2016 stand at $88 million, which included $56 million in salary and bonus from Real Madrid and roughly $32 million from his lucrative splat of sponsorships and endorsements, according to Forbes.

But he’s served as a figurehead in the world of technology as well, helping major companies such as Nike expand their social media presence, serving as an ambassador to a smartphone company in China and even investing years ago in a Portuguese app, says a Sporttechie.com report.

In 2016, Nike and Ronaldo struck a $1 billion lifetime sponsorship deal. It was only the third such deal Nike has ever offered, behind LeBron James and Michael Jordan. The deal was specifically targeted to leverage Ronaldo’s gargantuan social media following.

Ronaldo’s social media presence has reached 276 million. While some of those may be duplicates across multiple channels, it still gives Nike the ability to reach far more engaged and loyal fans of Ronaldo than it’d ever be able to tackle on its own.  According to Hookit, which tracks and quantifies the value of sponsorships, Ronaldo’s social media presence alone was estimated to have generated $500 million in media value for Nike in 2016.

The athlete posted 1,703 times overall on social media last year, which generated 2.25 billion social interactions, according to Hookit. Nike was referenced or its logo was visible in a photo or video in 347 of the posts, which equated to 477 million interactions.

Ronaldo has also promoted Nike’s technology products, including its Pro Genius app, which provides mental, physical and technical training for soccer athletes. He was one of the first athletes to try out the Nike HyperAdapt 1.0 smart sneaker, which electronically adjusts to the contours of the user’s foot through the use of what Nike has coined “adaptive lacing technology.”

Ronaldo uses social media to enhance his own brand image and has racked up a record amount of users across several platforms.

Ronaldo also has the largest Facebook following of anyone in the world, topping second runner-up Shakira (105 million) and Vin Diesel (102 million), according to SocialBakers, which tracks media analytics.

Last month, he became the first athlete to surpass 100 million Instagram followers and celebrated by going live on the app in a seven minute, 39 second video and stripping down to his underwear. 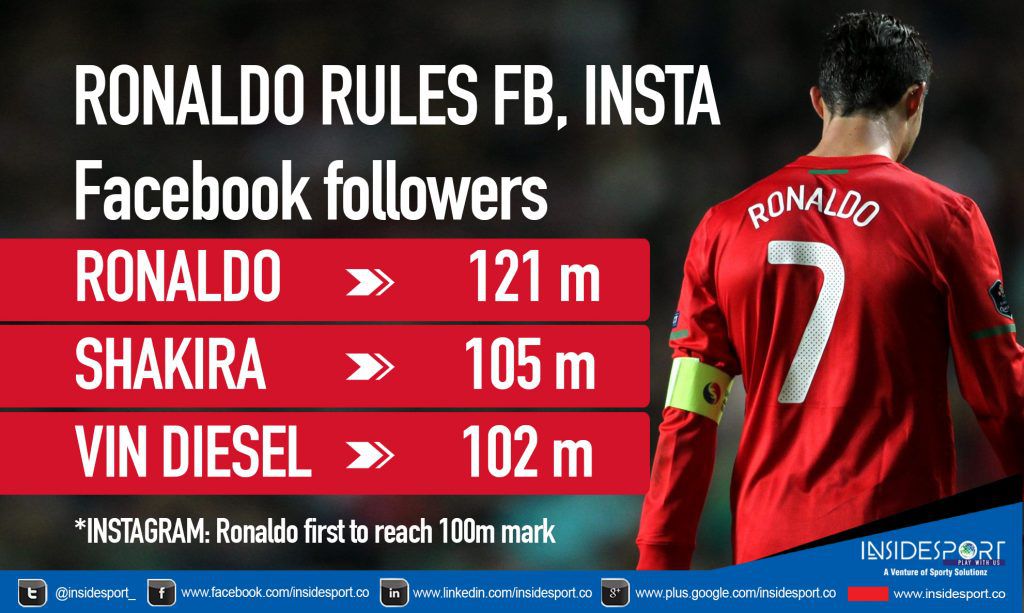 In that video, which went viral, he thanked his fans and also addressed his haters, saying that without them he wouldn’t be where he is today. Ronaldo has also numerous other business  interest on tech space.

The Portuguese forward posed with the Nubia Z17 Mini smartphone and posted the photo to Instagram as a tease ahead of the phone’s April 6 release.

In 2012, Ronaldo invested in Mobbito, a Portuguese app that allows users to create teams and get awarded by interacting with local businesses, sort of like a sportsman’s version of Foursquare.

In 2014, Ronaldo became a spokesperson and appeared in a few ads for Pao, a gimmicky as-seen-on-TV-like Japanese face-strengthening gadget.