Roger Federer in the past decade and a half has been involved in numerous philanthropic initiatives. Through the Roger Federation Foundation, formed…

Roger Federer in the past decade and a half has been involved in numerous philanthropic initiatives. Through the Roger Federation Foundation, formed in 2004, the Swiss tennis icon has changed the life and destiny of 10 million children

The federation has opened pre-schools across the globe with a commitment to improving children’s education in the areas where they have limited access to food and education.

US Open 2019: Nagal goes down fighting against Federer

“I’m so happy and emotional that I can see a pre-school of this quality here – it’s quite extraordinary. The community is so committed to helping the kids, it’s so important (as) the foundation for learning,” Federer has reportedly said during a recent visit to Malawi.

The target of reaching out to and serving 10 million children looked near impossible when the Foundation in 2015 had hoped to achieve this goal. The promise has been delivered in four years’ time.

Roger Federation Foundation CEO Janini Händel in a statement on completion of the goal, has said that it took a lot of hard work to see the task through. “It took a lot of work and determination to achieve this amazing thing. There was no other possibility than achieving this goal because Roger always achieves his goals. There are one million children that benefit from the major quality of education in the school, preschool, kindergarten. One million children have now a better chance to make their way in life, to get a job, to exit from poverty… Roger believes in the empowerment of the people and their potential,” said Händel.

All you want to know about Roger Federer

“That’s a fundamental value in our everyday work. We strongly believe early education is one of the most powerful weapons to empower children exiting from poverty. It’s actually proven that education makes people better citizens be more prepared when it comes to dealing with issues, and they have more instruments to manage their life,” Händel said.

Federer has won 20 Grand Slam singles titles, which is the most in history by a male player, holding the world’s top spot in the ATP rankings for a record 310 weeks in total. He’s also the only person to win four times the BBC Overseas Sports Personality of the Year award.

Among the leading sports icons, Federer with an annual brand value of $93.4 million, is the fifth highest-earning sports star in the Forbes’ Top 100 athletes list for 2019. The Swiss hosts the world record for 20 Grand Slam titles, highest for a player on the ATP circuit, and has been world’s No. 1 male tennis player fro a record total of 310 weeks. He is also the only person to win the BBC Overseas Sports Personality of the Year award four times.

Rolex gets a partner for Federer on brand endorsement court 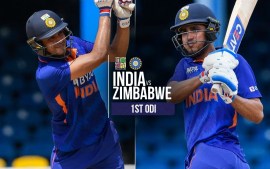