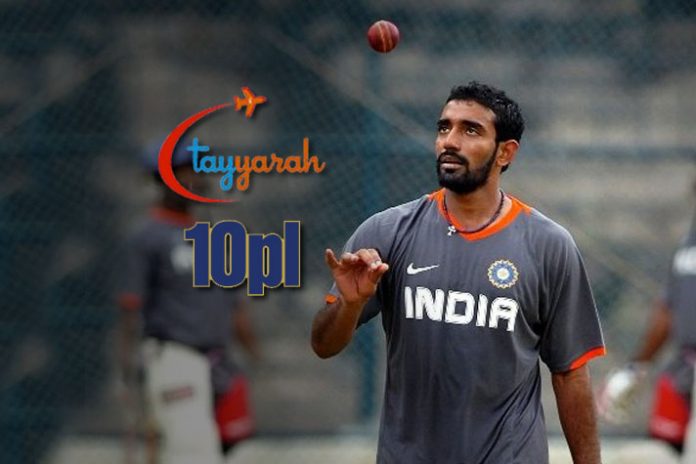 Robin Uthappa will be seen in a new avatar at the upcoming Tayyarah.com 10 PL. The veteran Indian cricketer has been signed as the brand ambassador and mentor for Tayyarah.com’s side in the Ten Premier League (10PL). The league is slated between March 19 and 23 at the Sharjah Cricket Stadium. In all 16 teams will be participating in what is the world’s biggest tennis ball cricket tournament.

Uthappa will be present in Sharjah on 21 March to cheer and support his team during the team’s two matches on the day, news agency PTI has reported.

“It will be interesting to see cricket in a new form. I am fortunate that I can bring in some of experience to cheer my squad, albeit from the sidelines. All of us have played tennis ball cricket at sometime in our lives in India. So it would be great to relive that experience,’’ said Uthappa.

Pakistan paceman Mohammed Asif, Sri Lanka’s Thilan Thushara and Chamara Silva are also likely to play in the tournament. From India a number of players who have played Ranji Trophy are listed in squads, alongside former Rajasthan Royals paceman Kamran Khan.

Former Pakistan captain Wasim Akram, also the brand ambassador for the tournament, has earlier unveiled the jersey, anthem and the trophy of the tournament. The launch event, held at the Intercontinental Hotel in Dubai Festival City, was attended by the teams along with several other stakeholders including sponsors and other commercial partners.

This new and exciting format of cricket is the brainchild of UAE-based leading Sports Management Company Petromann Events, headed by Mr. Abdul Latif Khan. The tournament boasts the highest prize money for tennis ball cricket anywhere in the world and is valued at a total of 250,000 Dirhams (USD $68K).

The schedule of the tournament, under the aegis of the Sharjah Cricket Council, was announced in January 2018.