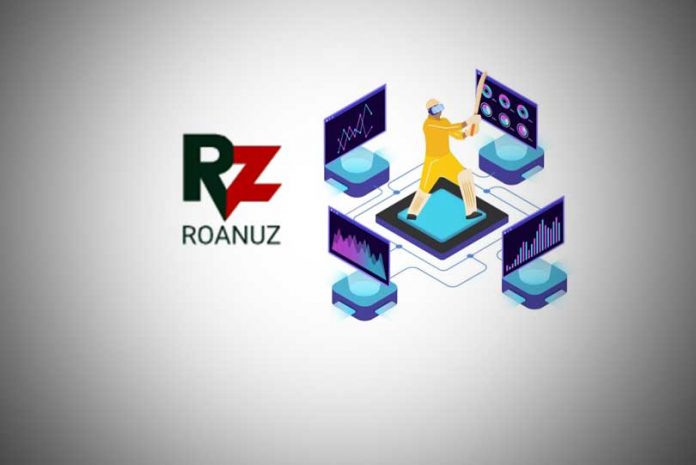 Artificial intelligence-based start-up  Roanuz come up with the virtual world IPL matches at a time when the nation in a normal scenario would have been enjoying the feverish pitch of the nation’s biggest sport festival – the Indian Premier League, which as of now is suspended till April 15, but has no signs of any early resumption.

In virtual world games, the participants are the virtual models of the real IPL teams and players, and the existing rules from the real game’s disciplines are followed. The matches are organised with the help of artificial intelligence (AI) that analyses the individual characteristics of the participants, performances between player vs player, team vs team, player vs venue, their injuries, stamina, and other characteristics.

The virtual World IPL matches’ API has been built in such a way that gaming companies can install the data in the system and kick start the matches. This IPL game will have 8 real teams, 56 league games, 3 qualifying rounds for finals.  And Final matches will be played. The companies can declare the credit values for each winner. This will also have a scorecard display, Points table, the man of the match. The users/fans will have a quick return on investment if they participate in such virtual games.

Roanuz Virtual IPL matches are not wholly predictable results in the game. Instead Ronauz AI produces random realistic thrills in the game by the realization and experience of organising more than 8500 matches, states a Press release.

Roanuz claims to have a strong database of the IPL statistics from the inception of IPL, and other international cricket matches from 2008. These data are essential in analysing the match statistics using AI. The users will experience similar excitement and thrill to the real matches.

Speaking about Virtual IPL games, Anto Binish Kaspar, Founder & CEO of Roanuz Softwares, said: “It is the need of the hour to accept the market reality and retain the users.  The launch of virtual IPL matches lend hands to the fantasy gaming companies to retain the fans and attract new users during an uncertain situation. Such virtual games can keep engaging the fans as well as irrespective of the condition of the real sport.”

Roanuz Sports AI has already served 8500 plus matches with 170000 plus players credit value in the fantasy league games on the player’s performance. More than 650 customers have been using Roanuz Sports API and the player credits. Presently, 85% of the top Cricket Fantasy Apps are built with the Roanuz Cricket API. Also, Roanuz Sports API provides various solutions like Football API, Kabaddi API, Chatbot API, Performance API, to construct an effective application. With the closure of FY 2018-19, Roanuz witnessed a whopping increase in their sales growth (owing to the IPL season) – 276%. The splendid performance has boosted the team further, and they are now targeting a 350% hike in the current financial year.

Roanuz has been conceptualized, formed and bootstrapped by Anto Binish Kaspar, founder & CEO, with a dream to make a huge global impact on artificial intelligence and sports tech.