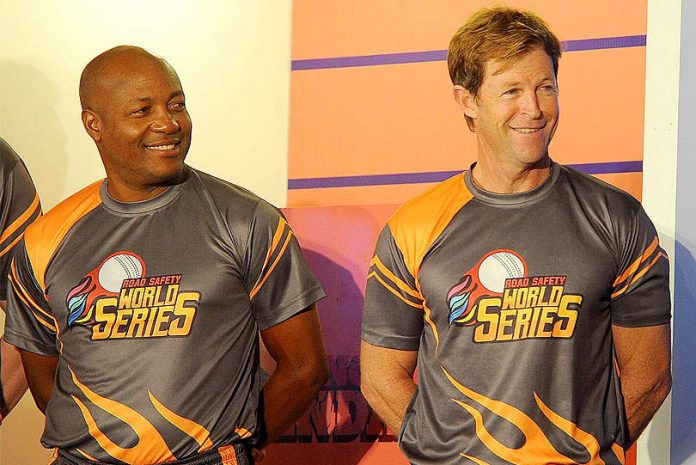 Glorious past of world cricket will continue to unfold in Mumbai as the West Indies Legends will run into South African legends for the fourth match of the Road Safety World Series 2020 at the Dr DY Patil Sports Academy in Mumbai.

While the Proteas take to the field for the first time in the tournament, Brian Lara-led Caribbean Legends have not had a desired start as they had gone down to the hosts in the Series Opener with Virender Sehwag reproducing his trademark shots that once threatened the bowlers worldwide.

The Maroon Brigade will be desperate to bounce back as they might really find it hard to overcome two successive defeats. With the likes of Shivnarine Chanderpaul, Daren Ganga and Brian Lara taking to the field no result is impossible for the team that also has Tino Best, Pedro Collins and Dinanath Ramnarine in the bowling unit.

South Africa Legends boast of a strong side that comprises of some big names of international cricket like Jonty Rhodes, Lance Klusener, Herschelle Gibbs that can dismantle any bowling line up although they have bid adieu to international cricket long ago. It will be interesting to watch if they manage to win their first game.

The match scheduled to start at 7:00 PM IST will be live on Colors Cineplex, Colors Kannada Cinema. Live Streaming will be available on Voot and Jio.