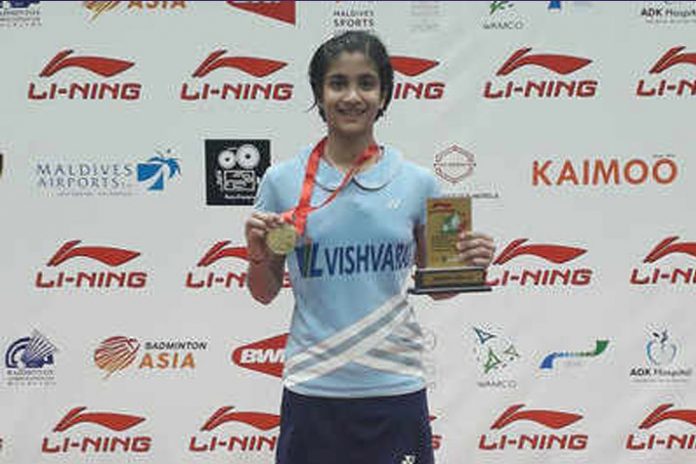 India’s upcoming shuttler Malvika Bansod has inked a five-year sponsorship deal with Vishwaraj Infrastructure Limited. The announcement comes close on the heels of her title triumph at the Maldives International, her debut Future Series.

As part of the deal, Malvika will receive ₹ 4 lakh per annum, her mother Dr Trupti Bansod has revealed to national daily Times of India.

“She (Malvika) is perhaps most promising shuttler in India. We believe that if she gets the right financial support from us, she will do wonders in the coming years. By this support we want her to concentrate only on badminton and leave everything else to us. It will boost her confidence,” Lakhani has told the daily.

“Frankly speaking, Malvika won the title in the Maldives yesterday only because of VIL support. She travelled to Male after we got the go-ahead from VIL. They insisted that Malvika should play in Maldives and Nepal and start her international career in the senior category with these back-to-back tournaments. I am glad that Malvika repaid the faith shown in her by winning the title on debut,” said Dr Trupti, Malvika’s mother.

Besides the cash component, the sponsor will also support Malvika with coaching, professional guidance and nutrition, etc.