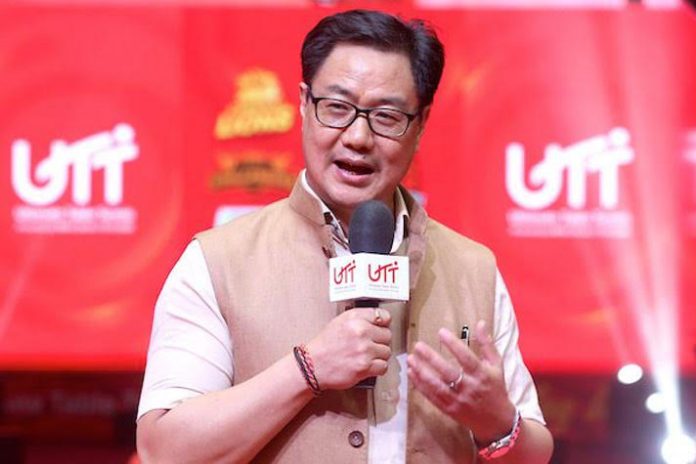 Sports Minister Kiren Rijiju has lauded efforts of the Ultimate Table Tennis (UTT) league in promoting the sports in the country.

Present at the inaugural show of the UTT Season 3, the Minister of State (Independent Charge) for Youth Affairs and Sports opined that Indian table tennis is on the rise and India must become a global powerhouse in sports.

Rijiju lauded the efforts of TTFI and UTT for conceptualizing the league and conceded that India has a lot of potential in TT. “In recent times, we have seen that table tennis is on the rise and they have been winning medals at many international tournaments. The sport has immense potential and I hope someday we will win an Olympic medal in table tennis,” Rijiju said during the opening ceremony.

“I compliment UTT for their efforts and believe it has played a huge role in popularising the sport in India. Leagues like these are essential for making a sport popular and I assure everyone that our ministry will do everything to support and promote table tennis in the country,” he added.

The Ultimate Table Tenni Season 3 opening event was fantastic! The parents and teachers in Delhi should take the children to Thyagraj Stadium to witness and enjoy such top level Table Tennis @UltTableTennis https://t.co/Z8y5DgBcLG

“I was very excited to attend the Ultimate Table Tennis League Season 3. UTT is the best thing to have happened (for the sport). Through Khelo India we will take more steps to promote table tennis in India,” tweeted the minister.

“Sports Minster’s presence at the UTT opening ceremony was encouraging and sporting,” Mehta told insidesport.co. “He interacted with the players and motivated them, while also assuring support to make table tennis in India much better.”