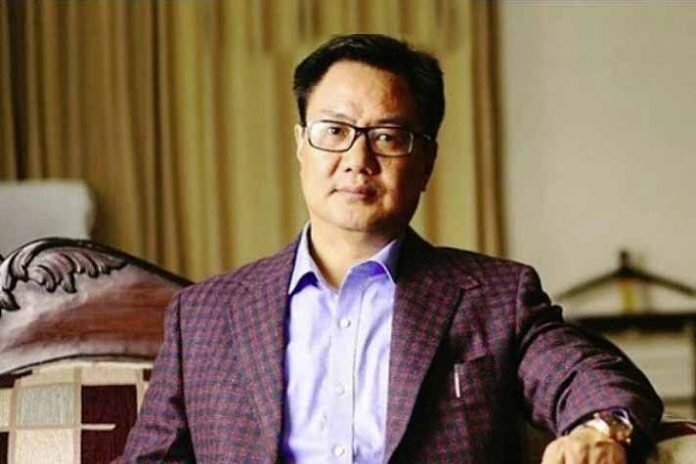 Sports Minister Kiren Rijiju on Friday called for collective efforts from the centre and the states in making India a fit nation and help build a sporting culture in the country.

Rijiju made the appeal during his inaugural address at the

Conference of Ministers and Secretaries of the States and Union Territories in charge of Youth Affairs and Sports here on Friday.

Stressing that India is a young nation and the need of the hour is to channelise the energy of youth for national development, Rijiju called upon the states to sync their activities with the center’s programs.

“The Youth Affairs and Sports departments have large human capital at their disposal, which more than makes up for the dearth of the financial resources. We should recognise our strength,” he said.

“There are over 80 lakh volunteers working in various programmes of the Centre. On 2nd October this year, over 24 lakh volunteers participated in the plogging programme, making it one of the largest human participation in the world in a single programme.”

He said the Prime Minister has already directed all central ministries to make Fit India a part of their programmes.

On the Khelo India programme, the Minister said that the initiative has started yielding results.

Rijiju said that the country should aim to be among the top 10 performers in the 2028 Olympics Games.

Sports to be made part of CBSE system: Kiren Rijiju

He called upon the states to give sports priority in their scheme of things, and create sports culture.

On the issue of sports and fitness equipment being in the highest tax bracket in the GST, he called upon the states to take it up with their respective finance ministers, who can then make recommendations to the GST council to lower the tax burden.

Read More: Shouldn’t get involved but will tell BFI to make best choice: Rijiju on Zareen’s…