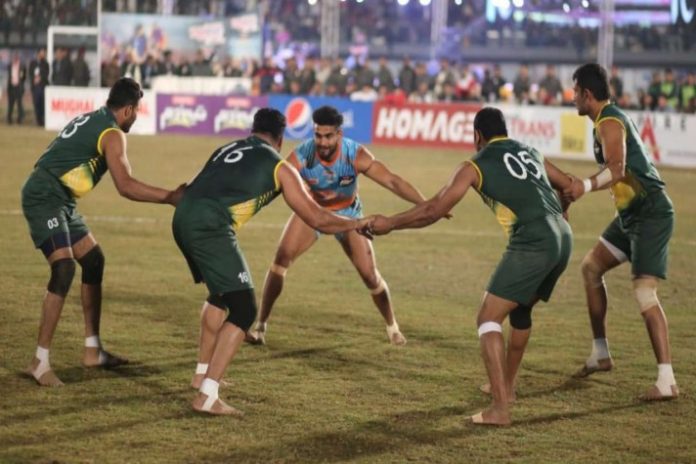 Sports Minister Kiren Rijiju has ordered the Kabaddi Federation of India to launch an inquiry into an “unauthorized” Indian team’s participation in the Kabaddi (circle style) World Cup in Pakistan even as the side’s promoter asserted that no permission was needed to compete in the “unofficial” tournament.

The team returned from Lahore after losing in the final on Sunday amid the furore over its participation in an event declared “invalid” by the International Kabaddi Federation.

“We did not need permission from any authority for participating in the tournament because we all went there in individual capacities,” team promoter Davinder Singh Bajwa told reporters upon returning via the Attari-Wagah land route.

“We have our own five different independent federations which went to Pakistan in their own capacities to take part in the competition. Therefore, there was nothing wrong in it,” he added.

In New Delhi, the Sports Minister said he has asked the Amateur Kabaddi Federation of India (AKFI) to conduct an inquiry.

“Our official kabaddi team didn’t go to Pakistan. We don’t know who has gone there. It is not right for any unofficial team to go anywhere and play with India’s name. We didn’t send any official team,” Rijiju said.

The minister though added, “If somebody goes for any private tournament, then we can’t do anything.

Soon after the Indian team arrived in Lahore for the tournament, it had kicked up a storm with the Sports Ministry and the national federation claiming that they did not give clearance to any athlete for competing in the neighboring country.

Meanwhile Bajwa said that the tournament was dedicated to Sikhism’s founder Guru Nanak Dev on his 550th birth anniversary celebrations.

“The team travelled to Pakistan on valid visa,” he claimed. “It was not an official tournament that required permission from any specific department.”

InsideSport take: Contrary to claims and counter claims the tournament in Pakistan had an approval from the International Kabaddi Federation. Headquartered at Jaipur, India, the AKFI is headed by the former Kabaddi Federation of India life president Janardan Singh Gehlot.

Insidesport.co is in possession an IKF letter dated October 26, 2019, addressed to the Pakistan Kabaddi Federation secretary-general Muhammad Sarwar Rana. The letter signed by Gehlot is an approval of the terms and conditions of the tournament.