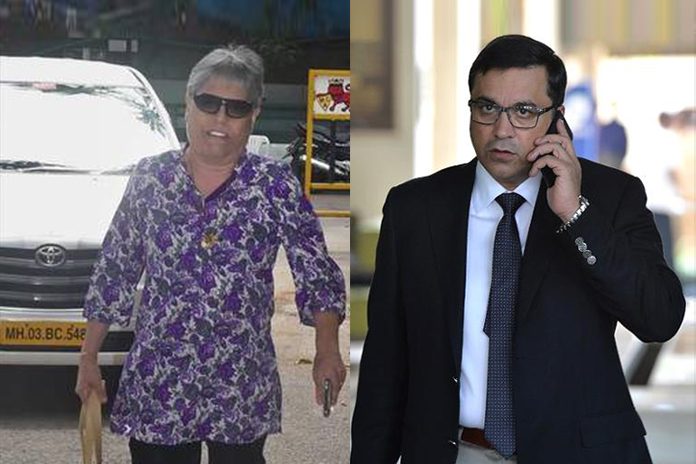 Diana Edulji has lashed out of the Rahul Johri for a second time in less than a fortnight. This time accusing him of violating the BCCI constitution.

The Supreme Court-appointed Committee of Administrators member Diana Edulji has slammed the Board of Control for Cricket CEO Rahul Johri for violating the BCCI constitution by being present at the selection committee meetings. Diana last month had lashed out at Johri for “lack of professionalism” after WV Raman was announced the coach of the Indian women’s national team.

Now, she has said that Johri attended the selection committee meetings and then furnished excuses like helping in Team India opener Mayank Agarwal’s visa-related work to cover up the act that was in violation of the BCCI constitution, English daily DNA has reported, citing Diana’s letter to the BCCI members.

The former India women’s national team captain, has reportedly pointed out to Johri that as “he justified his presence in selection meetings to facilitate visas process of Mayank Agarwal, along with other cricketing issues”, he forgot that when the decision in this regard was taken (on October 27), he was forced to go on leave due to sexual harassment allegations.

Also Read: IPL 2019: BCCI gearing up to take league out of India

“You (Johri) say your job is limited to providing any logistic support, thus it does not permit you to attend the meeting and be privy to the deliberations which are supposed to be confidential,” Diana has stated in her letter to all BCCI members, including fellow COA member Vinod Rai. She has also cited the new BCCI constitution, registered on August 23, 2018, clause 21 point 1 and 3 (regarding cricketing matters) that clearly states that “selection is to be done by the cricket committee comprising only of players”.

“None other than the selectors, concerned captain and the secretary sit in the meeting once the selection deliberations actually begin. The Secretary (Amitabh Choudhary) has stated that this has been the practice since 2015 and continues till date (both before and since the Hon’ble SC order dated January 2, 2017),” she had further stated.

“There can be no clearer proof of violating the selection committee rules and the BCCI constitution than the above and it pains to understand that this behaviour has been continuously harboured which is a direct violation of the registered constitution and clear misconduct as per the employee agreement by the CEO, who is supposedly the one to ensure that the new constitution is to be implemented and adhered to under the COA,” Reads Diana’s letter.

The excerpts of Diana’s email to Johri accessed and published by The Telegraph read: “Let me refresh your mind for you to see the latest directions of the CoA which was after the registering the new Constitution issued on August 23, 2018. It does not say any such thing as you should be part of all meetings. You are not supposed to attend cricket-related meetings which includes selection meetings. This is clearly mentioned in the new Constitution clause 21 point 1 and 3 reg. cricketing matters.

“On the point of visa for Mayank Agarwal, his visa application approval was taken on October 9, 2018, even before the selection meeting took place on October 27 when the Indian team for Australia was announced. Subsequently, on December 17, 2018, the Selection Committee decided that Mayank and Hardik will travel to Australia as replacements. At that time (October 27) you were directed to be on leave due to the sexual harassment allegations against you.

“So, don’t try and make things up for what you have not done. At least you should have your facts right before you put anything across as your work. This shows that you are trying to manipulate things and trying to justify your attending the selection meetings which is not your remit.”

Diana is also offended with Rai for forming the three-member committee to investigate the “#MeToo” allegations against Johri and his conduct in the entire matter.

On December 24, she has slammed the CEO for his “unprofessionalism”.

“Less said the better about the professionalism and propriety. It is not to be talked about but shown and sadly it is lacking in your approach and actions which itself amounts to insubordination. Read this carefully as mentioned in SC order of January 30, 2017, and the COA directions of August 23, 2018: “The CEO of BCCI shall report to the Committee of Administrators and the Administrators shall supervise the management of BCCI,” Diana had written to Johri as she was offended after he and the BCCI General Manager (Operations) Saba Karim had announced Raman’s announcement as the women’s national team captain.