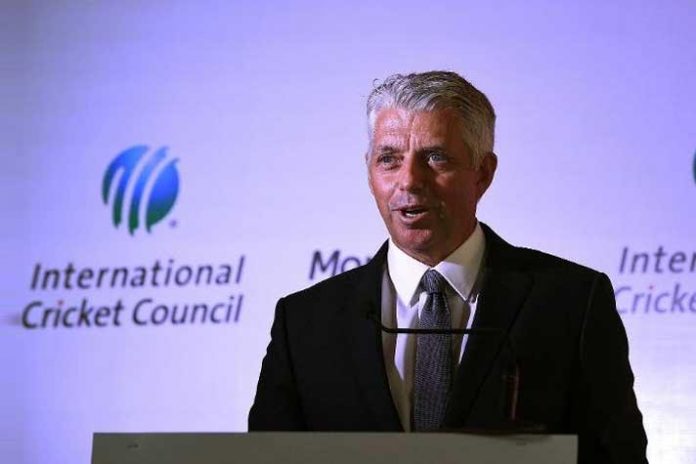 Former South African international Richardson, who has been in post as Chief Executive of the ICC since 2012, will become the second former Proteas player to give the lecture, after Barry Richards imparted the address in 2002.

The MCC Spirit of Cricket Lecture, in memory of Lord Cowdrey of Tonbridge, has become a notable feature in the cricketing calendar, provoking debate and discussion on the major issues facing the game today. This year’s Lecture will take place in the week of the Test Match between England and India at Lord’s.

The inaugural address was delivered in 2001 by Richie Benaud and since then, a number of eminent figures from the world of cricket, including Clive Lloyd, Kumar Sangakkara, Sir Ian Botham and last year’s lecturer Brian Lara, to name but a few.

Following the speech, a question and answer session with Richardson and a selected panel, hosted by Mark Nicholas, will discuss topics arising from the Lecture along with other noteworthy cricketing issues.

An Honorary Life Member of MCC, wicket-keeper/batsman Richardson had played 42 Test matches for South Africa following their return from international exile, scoring 1,359 runs and effecting over 150 dismissals. He made nine fifties and one century, against New Zealand in Cape Town. He also played 122 One-Day Internationals for his country, accounting for another 165 batsmen from behind the stumps.

After retiring from the game in 1998, he remained involved in cricket as a business agent to several players and a commentator with SuperSport in South Africa, before being appointed as ICC’s first General Manager Cricket in 2002. A decade later, he became the world governing body’s fourth Chief Executive, succeeding Haroon Lorgat.

MCC President Lord MacLaurin said: “I am delighted that David has accepted the invitation to deliver this year’s MCC Spirit of Cricket Cowdrey Lecture. Since its inception in 2001, the event has become one of the key dates in the calendar at Lord’s and to have David, who holds such a central role in the game, making the address this year is entirely appropriate as we consider recent cricket events and look ahead to next year’s World Cup.

“We are fortunate to have had some of the game’s central figures delivering the Lecture over the past seventeen years and are thrilled that David will be joining the list. We look forward to hearing what I am sure will be a thought-provoking and erudite address.”

David Richardson said: “It is an honour to be asked to deliver the Spirit of Cricket Cowdrey Lecture and I would like to thank MCC for the opportunity. To follow in the footsteps of my fellow South Africans Barry Richards and Archbishop Desmond Tutu as well as other greats of the game like Sunil Gavaskar and Imran Khan is both a privilege and a responsibility.

“The invitation is a timely one given the current debate about the spirit of the game and, I hope I can do the memory of Colin Cowdrey proud in provoking the conversation around how we protect that spirit that is so unique to our sport long into the future.”