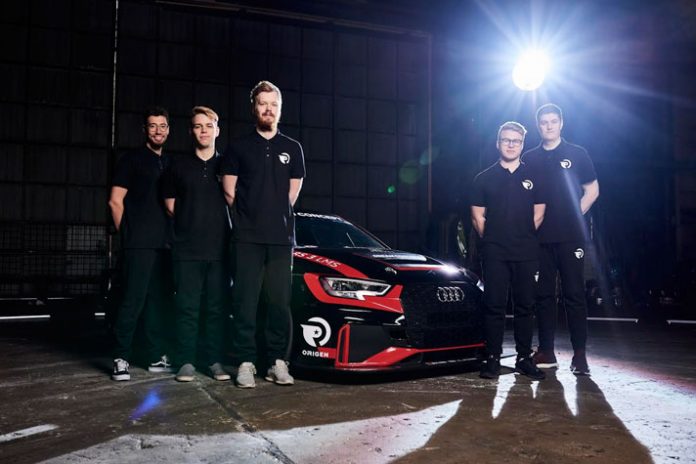 Blast Pro Series brand owners RFRSH Entertainment have forged an alliance around the League of Legends for their upcoming eSport and digital entertainment ventures. Audi is another party to the alliance.

Through their partnership with Astralis, Audi has already proven their dedication to eSports and to being the innovative first-mover contributing to the development of the scene. With the RFRSH-Origen partnership Audi drives deeper into the world of eSports.

The partnership agreement is a 3-year deal with significant strategic and financial value to RFRSH Entertainment and Origen.

“The agreement is significant for RFRSH Entertainment. When entering a strategic partnership like this, a lot of factors are taken into consideration including financials. This part of our agreement is certainly in place, but for us it is of paramount importance to team up with a brand and an organization that will contribute actively to strengthen our position globally – with the esports audience and in the mainstream,” said Jakob Lund Kristensen, co-founder of RFRSH Entertainment.

“The deal stands on two legs so to speak. One is the partnership around Origen, our League of Legends team who already has millions of followers globally. The deal will strengthen the team and our possibilities to develop the facilities and performance organization around the players. It’s massive for us to be able to enter a partnership with a brand of this caliber already now, before we have played a single official match with Origen and it tells us a lot about the potential of the team and Audi’s dedication.

“We cannot say a lot about the second and more strategic part of our partnership just yet, but it will become obvious as we make announcement of new esports and digital entertainment initiatives over the coming period of time. I can say, however, that we are very excited to partner up with Audi and we look forward to the coming months and years together, Jakob Lund Kristensen comments.”

Thomas Glas, Head of Sports Marketing at AUDI AG, says “The agreement with RFRSH Entertainment around Origen and the upcoming initiatives is an important strategic step for Audi both internationally and in Denmark. When we made the agreement with Astralis, it was one of the first of its kind in esport, and so too is our new partnership. We took the first steps with Astralis and now we intensify our engagement and commit our brand even closer to esport, explains Thomas Glas.

“With Origen, we can create a natural dialogue with a younger target group, who know the Audi brand, but who might still not know us well. Now, they are given the opportunity but first of all, we want to be an active and attractive part of an innovative world with fantastic experiences.

“RFRSH regularly break the conventions for digital entertainment and are innovative in everything they do. When they talk about performance optimization and their teams and players as role models in relation to lifestyle and innovation, it matches our brand DNA and the story we want to connect to Audi. Therefore, we are pleased with this agreement of both national and international appeal and reach, and the partnership thus becomes an important element in relation to the way Audi is perceived today and in the future, ” concludes Thomas Glas.”

Audi is not a newcomer to esports. The premium brand also sponsors Fokus Clan and FC Ingolstadt Schanzer Esports (EA SPORTS’ FIFA). In addition, Audi Denmark has already supported the Astralis esports clan as part of a product campaign.