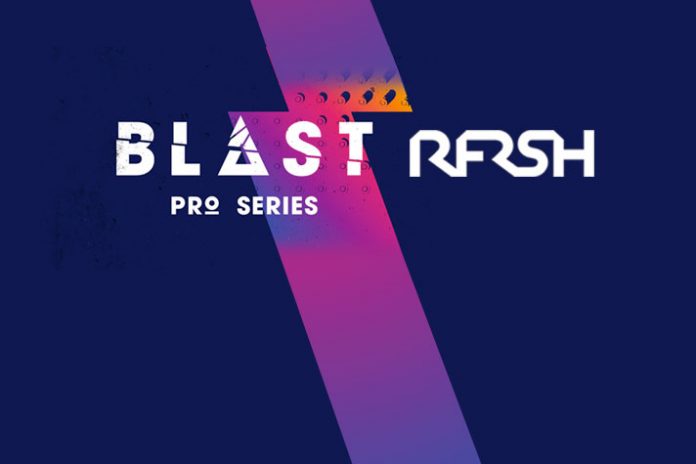 RFRSH Entertainment launched BLAST Pro Series as part of their expansion plans have launched operations from their London office.

With several new international events and concepts in the pipeline, the company has just announced the addition of 3 highly experienced capacities to the management group. All the three will be all based in London.

The new appointments are also aimed at internal restructuring to strengthen the organization around BLAST Pro Series, original media concepts and live entertainment, RFRSH Entertainment has stated in a Press release.

Alexander Lewin (VP Programming & Distribution), Ben Oliver (VP of Creative & Original Content) and Robbie Douek joined, who has joined as President & CCO, will be based in London, but together with the rest of the management team they will be responsible for the further development of RFRSH Entertainment and BLAST Pro Series, including new concepts within originals, reality- and live products and productions.

“Over the past 16 months, RFRSH Entertainment has set new standards with regards to team management, innovative trendsetting performance initiatives and we have launched the newest and most energetic live format of esports. We have taken the first major steps to break into the mainstream market, and we have seen some impressive results in connection with the World Premiere of BLAST Pro Series,” said RFRSH Entertainment CEO Nikolaj Nyholm.

In November RFRSH Entertainment launched BLAST Pro Series, an esports concept and live tournament that broke several viewership records during the World Premiere, and just last month Istanbul was announced as the first stop of 2018 in the new international series.

“We are constantly growing all our properties and expanding into new areas, and over the coming months, we will announce a range of new, innovative initiatives and original media concepts together with new international stops in BLAST Pro Series. With this in mind, I am extremely pleased we can now announce some significant additions to our management team together with a restructuring of our existing resources. This will enable RFRSH Entertainment to strengthen and build on the existing success to move into new areas of the esport business,” Nyholm added.

Over the past 12 months, the RFRSH organization has grown significantly with a lot of focus on developing BLAST Pro Series. This development continues with a renewed focus on creating and producing live and reality content as well as original productions.

The new content concepts and development of BLAST Pro Series and dates for 2018 and ‘19 will be announced over the coming months.