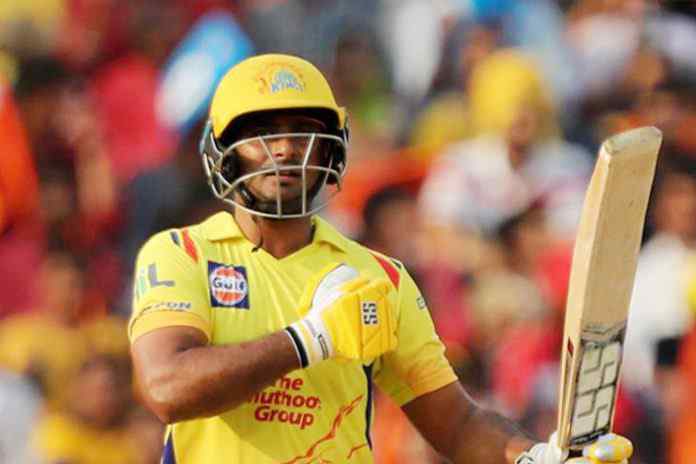 Ambati Rayudu. The Chennai Super Kings new sensation. The man is like a Phoenix for Indian cricket – can’t be written off. Every time you think the 32-year-old has lived his best on a cricket field, the man from Guntur district in Andhra Pradesh rises to prove the critics wrong.

Resurgent Rayudu’s roller-coaster career signifies his cricketing character as much as his heroics in the Indian Premier League 2018. The chips were down for Rayudu just a season before, his IPL salary value has declined – from ₹4 crore in each of the previous four seasons to ₹2.2 crore this year. His franchisee for four seasons, Mumbai Indians had written off and dumped him after one bad season (91 runs from 5 outings in 2017).

Chennai Super Kings embraced him along with the other MI discard Harbhajan Singh. The sun for Rayudu has risen in Yellow. The CSK recruit with 283 runs from six games this year is donning Orange Cap as the league’s top scorer.

Rayudu’s domination with the Willow has also positioned him among the leaders on the InsideSport Moneyball IMPACT RANK and VALUE FOR MONEY RANK. No IPL 2018 player drawing a salary of more than the basic minimum ₹20 lakh, has given best returns on their salaries than Rayudu is giving to the CSK. He is placed in the second position only behind Royal Challengers Bangalore star AB de Villiers.

Ambati’s IPL journey is an epitome his cricketing career. The promising prodigy who had started his first-class career at the young age of 16, was playing for India A the next year. The promise and potential to be the next big thing in Indian cricketer was awarded to lead the Indian colts in the ICC Under-19 World Cup in 2004, just in a span of two years from his first-class debut. Rayudu’s cricketing graph has been a roller coaster ride thereafter.

The “troubled career” is scarred with his disputes with the Hyderabad Cricket Association that forced him to move out of the State and a ban from the Board of Control for Cricket in India ban for playing in the rival Indian Cricket League (ICL) in 2007. An amnesty offer from the BCCI paved the way for his return to the first class cricket, which eventually handed him a ticket to the Indian national cricket team. The time lost has taken a big opportunity and promise away from this talented batsman. The unassuming potential has faded into an unimaginable struggle.

If Rayudu has failed to justify his high billing, he has time and again proved the critics wrong if they dared to write this man off. His IPL journey is no different either. 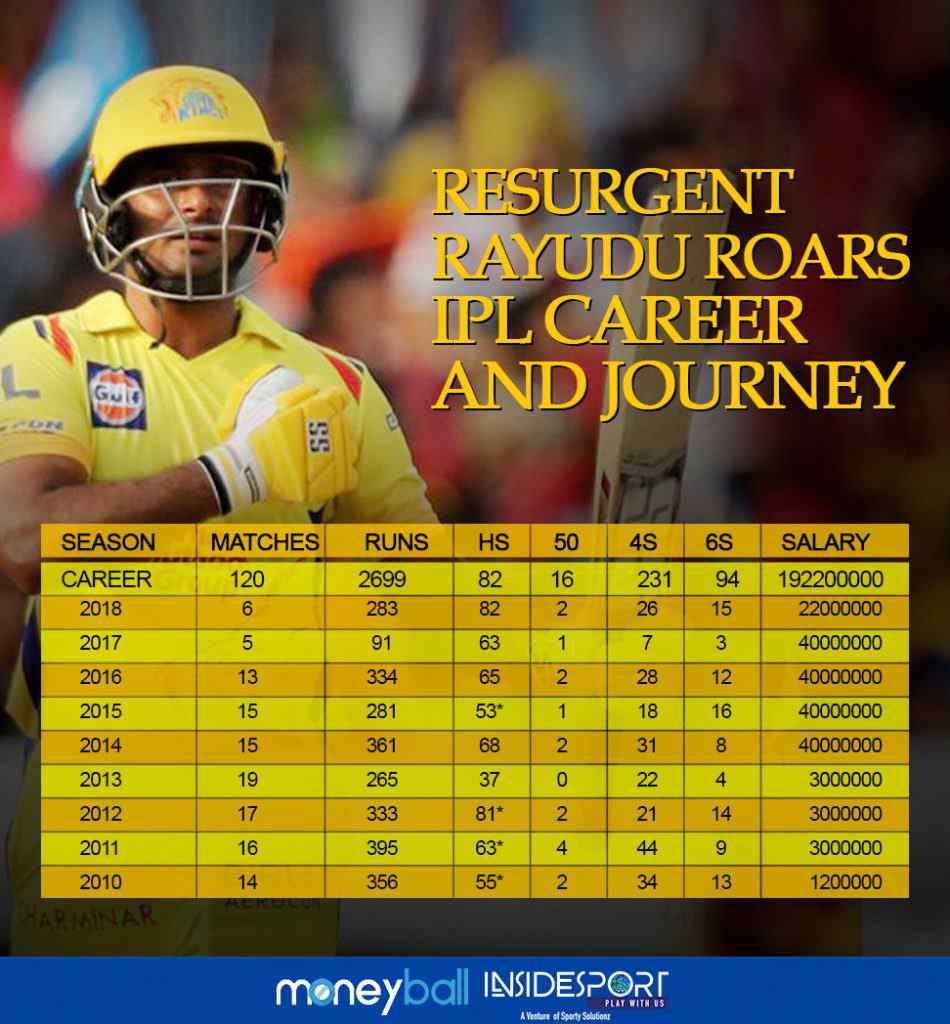 Rayudu in an IPL journey of nine seasons has accumulated 2,699 runs from 120 games till date. His IPL career salary of ₹19.22 crore has placed him on the 68th position in the MONEYBALL rankings.