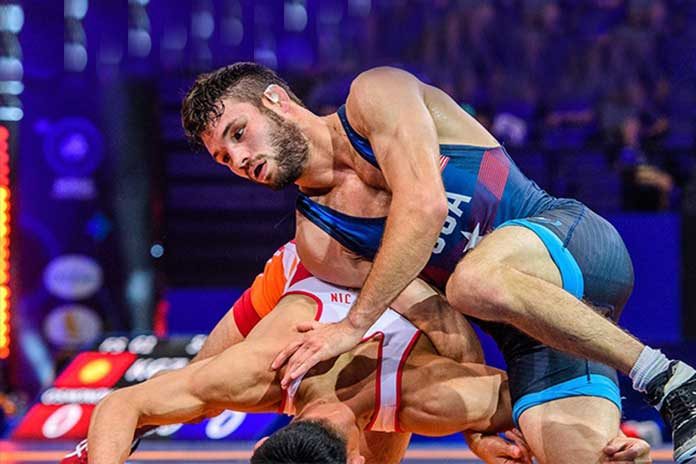 The world’s governing body for the sport of Wrestling, United World Wrestling (UWW) has decided to introduce football like red-card for the on-mat offenses. The UWW bureau met on Thursday and approved a series of guidelines aimed to improve the sportsmanship of coaches and athletes.

Coaches and athletes who receive two yellow cards in a match will now be given a red card and face immediate disqualification from the tournament. Coaches must also now carry a United World Wrestling license to coach athletes at events. They are also encouraged to celebrate gold medal victories but are asked to refrain from bronze medal celebrations and elaborate religious gestures while on the field of play.

Other then the above changes, the UWW Bureau and Congress held meetings and elections this week ahead of the 2018 Wrestling World Championships in Budapest, covering a range of important topics, including the allocation of host cities through 2021. The Congress gathers bi-annually to discuss a range of topics. The 2018 Congress focused on a complete financial review, new initiatives in women’s wrestling, media outreach, and the promotion of associated styles. Congressional representatives also voted for new bureau members, with a total of seven positions available. Six seats were up for election based on it being the end of their six-year term. The seventh had been vacated earlier in the year with the departure of Rasoul KHADEM (IRI). Zamel Sayyaf Al SHAHRANI (QAT), Daulet TURLAKANOV (KAZ), and vice presidents Stan DZIEDIC (USA) and Natalia YARYGIN (RUS) were each re-elected and to serve six-year terms. Newly elected bureau members Pedro SILVA (POR) and Peter BACSA (HUN) will also serve until 2024.

Ms. ZHANG Xia of China was elected to replace Khadem and will serve until 2022.

Mr. Lalovic, As part of an ongoing dialogue supported by the Olympic movement, also oversaw a friendly handshake between representatives for the Republic of Korea and Democratic People’s Republic of Korea, with the sides trading kind words and wishing each other good luck during the world championships. In an effort to stabilize the calendar and allow national federations and host cities the proper time to prepare for championships, the Bureau also announced the allocation of several continental and world championships for 2019-2021.