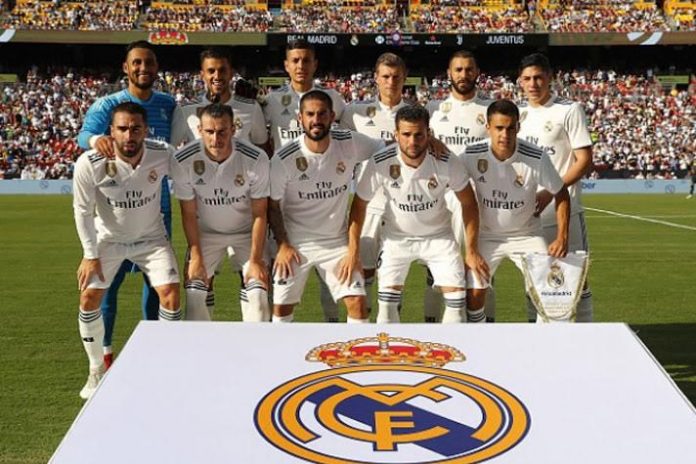 LaLiga giants Real Madrid are reported to be heading to sign a 113 million (€ 100mn) annual kit sponsorship deal with its existing partner adidas.

According to Spanish publication AS, Real Madrid under the new agreement should get a fixed fee of $113 million (€100 million) per season. There can be an additional $56.5 million (€50 million) in variables based upon branded merchandise sales.

Real Madrid’s current contract with Adidas runs until 2020. As the deal has been in place since 2011-12 season, Real is expecting a major boost in its fortunes from the kit partnership.

Adidas with Manchester United has a $848 million (£750 million) ten-year partnership with adidas. Real Madrid will be looking ot better the number as the deal comes up for renewal.

This new deal will come as financial boost to Los Blancos, who have also revealed plans for a €575 million refurbishment of the Santiago Bernabéu.

However, Real Madrid’s fortunes have been fluctuating on the pitch as the team is placed third in La Liga. They were knocked out of the Champions League by Dutch club Ajax, in what is transpiring to be a disappointing season.