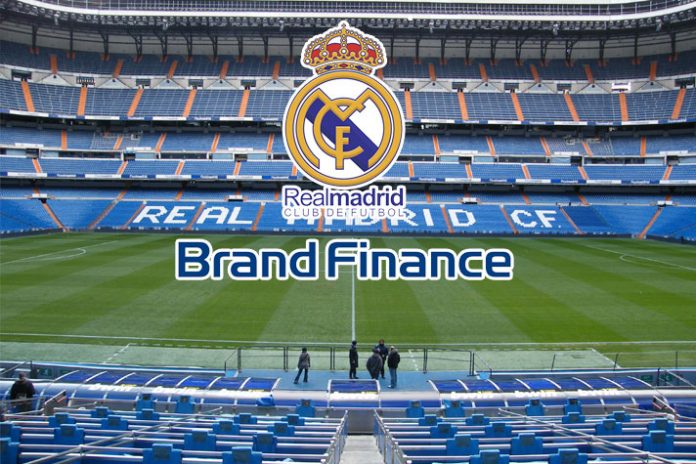 Spanish giants Real Madrid have overtaken Premier League club Manchester United as the most valuable football brand in the world.

In contrast, Real Madrid brand value has dropped by 6%  to €1.472 billion ($ 1.88bn). The change in fortunes meant that Real Madrid returns as the most valuable football brand after nine years. The LaLiga Club has also emerged as the strongest football brand, yet again leaving behind the 20-time Premier League champions Manchester United. 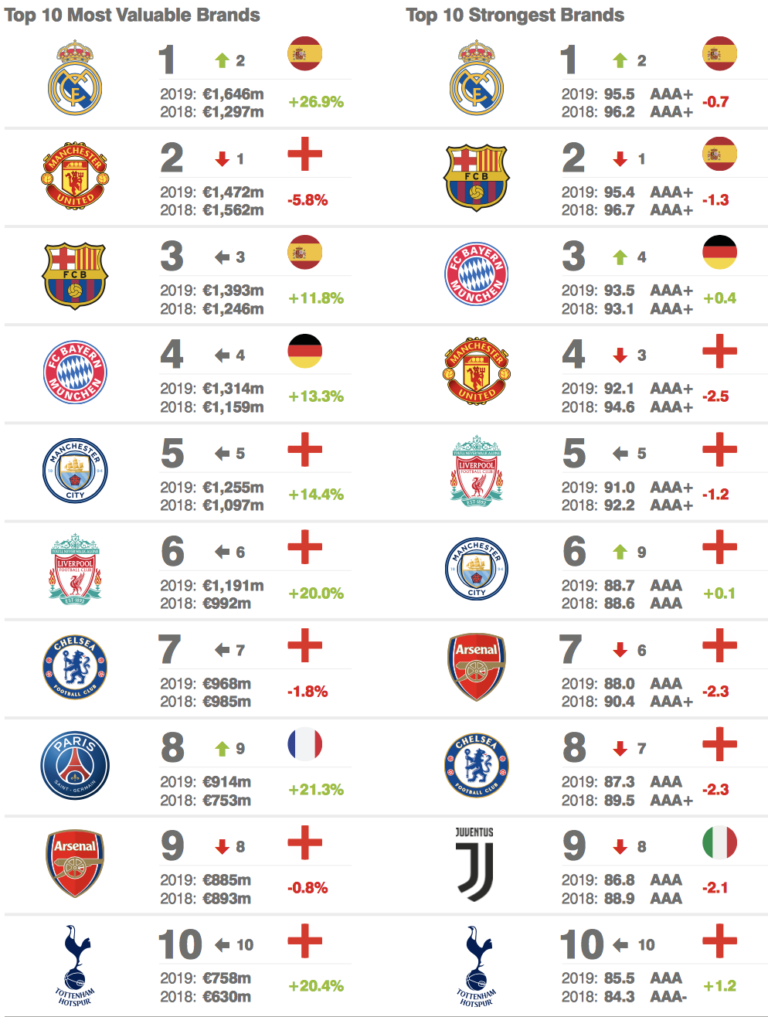 Brand Finance’s methodology takes in factors such as match day revenue, broadcast revenue and commercial revenue. It then produces a Brand Strength Index (BSI) score out of 100 and uses this to extrapolate future revenue estimations using royalty rates.

The combination of commercial revenues and on pitch success in the UEFA Champions League has propelled Los Blancos to the pinnacle of the value pyramid. Real Madrid received €70 million (US$78.4 million) from sponsors Emirates and €110 million (US$123.2 million) from Adidas, whilst their match day revenues totalled €143 million (US$160.2 million).

Bryn Anderson, Brand Finance director, said: “Real Madrid have shown this year who truly reigns supreme in the world of football. They triumph not only as the most valuable and strongest brand but their enterprise value and stadium are also ranked second to none.”

Barcelona are in third spot in terms of brand value, followed by Bayern Munich and then Manchester City, who head Liverpool.

Chelsea, Arsenal and Tottenham Hotspur make up six of the top 10 clubs with PSG trading places with Arsenal to go eight in the ranking. The most notable absentee from the top 10 is Italy’s Juventus.

Real Madrid all set for $1.8 billion deal with Adidas

The report explained how poor results and uninspired play have hurt United’s value:

“Manchester United have disappointed in recent years on the playing field both in the Premier League and in the UEFA Champions League. Public perceptions of the brand have deteriorated as Manchester United ranks only 18th among the sample of the world’s top clubs with regards to ‘playing exciting football’, as revealed by Brand Finance’s original fan research.”

Brand Finance has also released a video explaining how Real Madrid managed to topple Manchester United atop the most valuable and strongest football brands’ list.

The report highlights the following points:

The Premier League also saw a 6.9 per cent increase in brand value, ensuring it sat atop the ranking for yet another year. La Liga overtook the German Bundesliga after a 23.3 per cent growth but still sit nearly €5 billion (US$5.6 billion) behind the Premier League in value.