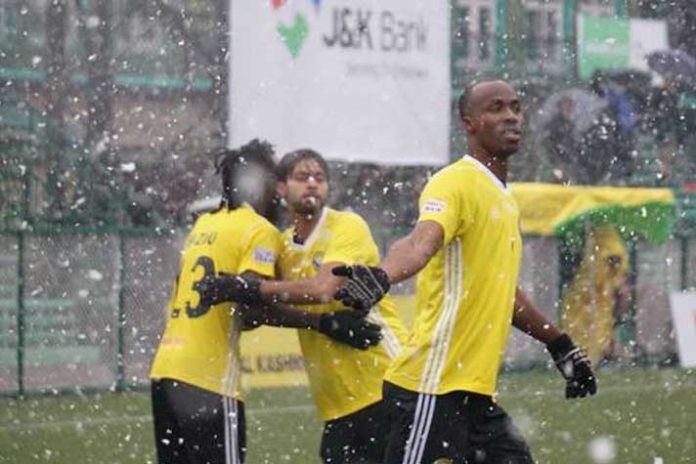 Real Kashmir FC kept itself in contention for the I-League title as it jumped to the top of the table by defeating Gokulam Kerala 1-0 in a match played under rain and snow at the TRC Ground in Sri Nagar on Wednesday.

The Jammu and Kashmir team now has 32 points from 16 matches to occupy the top spot, two points more than Chennai City FC (30 points) which, however, has played only 14 matches. Each team will play 20 matches in the league.

The match was played under heavy ground conditions due to snow and heavy rainfall with the temperature hovering just above freezing point.

It started snowing before the match but it gave way to heavy rainfall later on. The whole of the second half was played under rains. The players found it difficult to control the ball which stopped at areas of the synthetic turf where water collected.

Ground passing was not possible and the players had to take the aerial route most of the time.

A first for India: Real Kashmir to participate in Football for Peace Conference