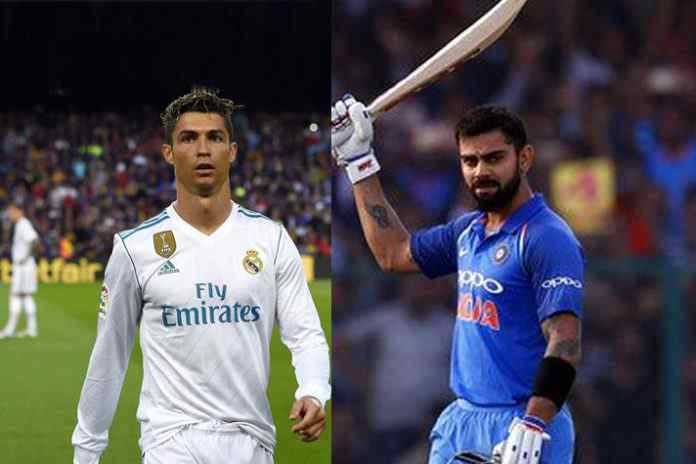 The latest Hookit ratings have placed Virat at the No. 1 cricket for social media interactions during the ratings period, he is matching the likes of Christiano Ronaldo and the table topper esports internet sensation Richard Tyler Blevins.

When it comes to social media, sports personalities are undoubtedly among those who hold the major chunk of followers across the globe. Their posts receive millions of likes, comments and retweets by the die-hard fans who love to follow every move of their favourite sportstars 24/7. Followers and interactions on social media are important, atleast for them, in terms of sponsorship and brand valuations and engagements.

Popular esports internet sensation Richard Tyler Blevins has topped the charts of Hookit Engagement 100 rankings of sportspersons based on the social media interactions. As per the latest Hookit data (April 2018), The American has climbed two spots to dethrone legendary Cristiano Ronaldo with a total of 4 million followers across Facebook, Twitter and Instagram.

Blevin, also known by his internet alias Ninja, has got 150.3 million interaction from 416 posts in April across all platforms in the form of likes, comments and retweets and 837.2k new followers. He regularly posts twitch streaming videos of him playing “Fortnite.” He is the most popular streamer on Twitch (esports streaming platform) with over six million followers and an average of over 110,000 viewers per stream.

Then comes Ronaldo who has been relegated to the second spot since the last ranking. Even with a whopping 1.6 million new followers last month, the Real Madrid star has been surpassed by Blevin because of fewer social media posts (just 51) and consequently fewer interactions on those posts. The footballer, however, remains the most followed sports personality among all with 318.9 million followers across all platforms.

Virat Kohli remains the most followed cricket on social media with 82.2 million followers across all platforms. The hard has climbed one spot to the third rank from last month with 42 posts and 43.1 million interactions. The young Indian icon has bagged 710.2 new icons in April 2018.

Surprisingly, another Indian legendary cricket star MS Dhoni, who is at the 13th spot, is the highest gainer (+155) among the top 20 sportspersons and remains the second most followed cricketer with 35.9 million followers. The captain cool, with new 63.2k followers last month, has garnered 23.5 million interactions from 15 posts. Dhoni is behind the likes of top footballers like Zlatan Ibrahimovic, Andres Iniesta, Paul Pogba and Lionel Messi.