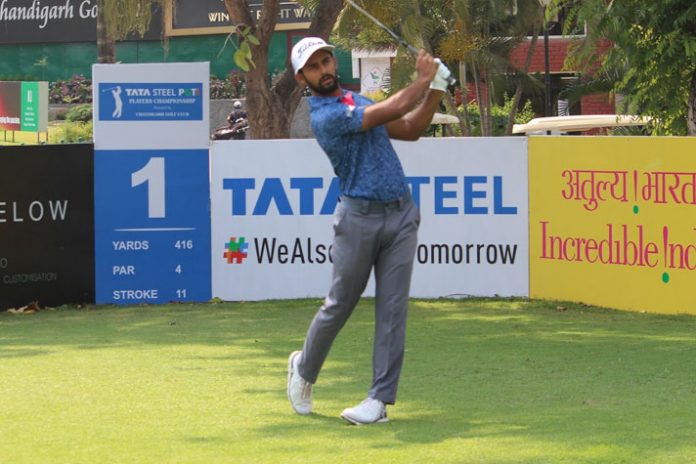 Delhi’s Rashid Khan, who largely went unnoticed on the first three days of the TATA Steel PGTI Players Championship, knocked out all his closest rivals with a gallant final round of six-under-66 to register a two-shot victory at 13-under-275.

The 28-year-old Rashid (70-68-71-66), a two-time Asian Tour winner, earned a just reward for firing the last day’s best score as he lifted his 12th professional trophy which was also his 10th on the PGTI.

Khan’s second title of the season pushed him up from second place to first position in the 2019 TATA Steel PGTI Order of Merit as his season’s earnings now read Rs. 25,68,453. Rashid overtook previous money list leader Chikkarangappa of Bengaluru.

The highest-placed golfers from the host city were the trio of Aadil Bedi (67), Karandeep Kochhar (68) and Harendra Gupta (69) as they all ended up in tied eighth with matching totals of seven-under-281.

Rashid, lying overnight tied fifth and five off the lead, turned the tables with a top-notch performance on Friday to continue his hot streak which began late last year. Rashid, who took home the winner’s cheque worth Rs. 4,84,950, has now recorded three wins in the last six months on the PGTI.

“It’s great to win my second trophy this year. I’ve gone through some tough times over the last two years but I’m glad that my game is peaking once again,” Rashid said.

“I was hitting it well through the week but was just not able to make the putts. But the turnaround happened on the 10th hole today where I recovered from a tricky position and then converted an eight-footer for birdie.

“I made an important minor adjustment in my putting stroke on that hole. That proved to be the game-changer for me as I sank all the putts thereafter.”

Rashid said he focussed on hitting the fairways on his back nine.

“I knew three to four birdies on the last six holes would probably take me into a playoff with Gaurav. Once I made a brilliant par-save on the 15th, I told myself to just focus on hitting fairways to give myself a chance,” he said.

“I then grabbed my opportunities on the 16th and 17th. If one has to win, one has to always convert those half chances and that’s what I did successfully.”

Greater Noida’s Sudhir Sharma (73), who set the new course record of 64 earlier in the tournament, secured fourth place at 10-under-278.

Jyoti Randhawa closed the week in tied 40th at one-over-289.