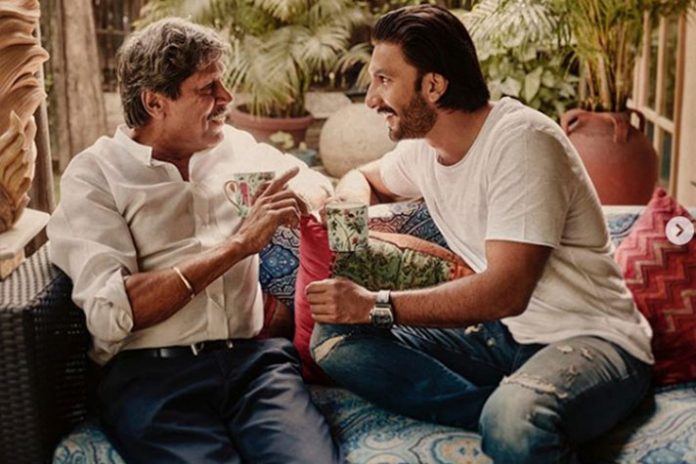 Ranveer Singh is living and enjoying each moment of India’s 1983 World Cup victory as he gears up to portray Kapil Dev, the legend who has changed Indian cricket for good with that epochal result at the Lord’s 36 years ago on June 25.

Ranveer has trained for the role as hard as the champion captain did for the 1983 Prudential Cup. He has spent time with Kapil Dev and the team to learn the finer aspects of Kapil’s game and emulate his style – matching his ability will be an ask impossible. The 33-year-old cine star is also following each piece of information about the subject of his next film  –  ’83.

Ranveer along with the film star cast is already in London, from where has shared on his official twitter handle @RanveerOfficial a video of news clips about India’s 1983 World Cup victory.

Ranveer has spent long hours with Kapil Dev first in the camp at Dharamshala where the film cast trained to copy the style and game of the 1983 Champion team. Thereafter Ranveer has also been in Delhi with Kapil Dev to observe the champion captain more closely.