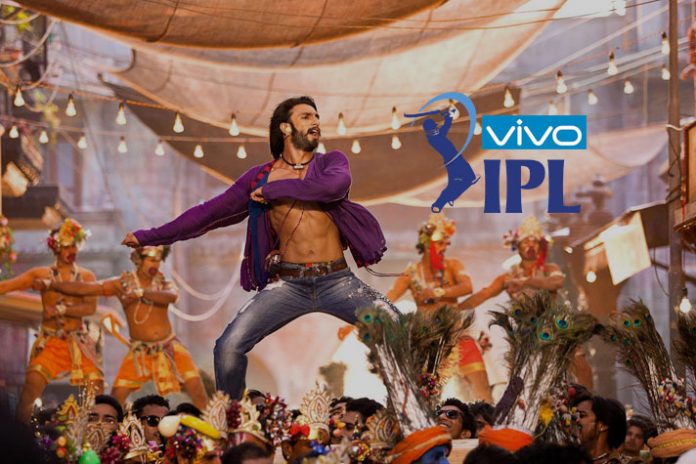 Ranveer Singh will enthrall the audience at the Indian Premier League 2018 opening ceremony as the star performer. The Bollywood star is believed to be charging ₹5 crore for a 15-minute act on April 7 at the Wankhede Stadium. Varun Dhawan, Jacqueline Fernandez, and Parineeti Chopra will be the other star performers.

The 45-minute opening ceremony will be followed by the opening match of the IPL 2018, featuring hosts and defending champions Mumbai Indians and Mahendra Singh Dhoni-led Chennai Super Kings.

Reports suggest that Ranveer is presently occupied with the shoot of Gully Boy. The 32-year-old Bollywood star is coming on a premium as organisers have “mandated his performance a must for the show”.

“He will be shaking a leg for about 15 minutes, but the organising team was always clear that they wanted Ranveer as a performer, and that’s why he has been offered such a huge amount,” national daily Hindustan Times has reported sources close to organisers as saying. “His appeal cuts across cities, age-groups and has an equally big fan-following among men and women. That’s why the organisers felt that he is the perfect fit for the performance at this year’s IPL opening ceremony.”

Meanwhile, CricketNext, quoting a  senior BCCI official has reported that reaching out to each and every fan has always been the idea while planning for these opening ceremonies and it is no different this time either as the board believes that these young actors will not only win the hearts of the young fans but also reach the audience at home ahead of a spectacular season of entertainment on the cricket pitch.

“Ranveer, Varun, Jacqueline, Parineeti, and Tamanna are some of the Bollywood stars who will set the stage on fire at the opening. Apart from that, you will also have the likes of Mika and Prabhudeva to entertain the fans. The idea is to not just give those at the ground a good time but to also give those watching on television a show they will remember in the days to come.

“It is always about starting well and the job is half done. The idea of having different opening ceremonies at different venues did not go down too well with the audience last time around, so this is the plan this time,” the official said.