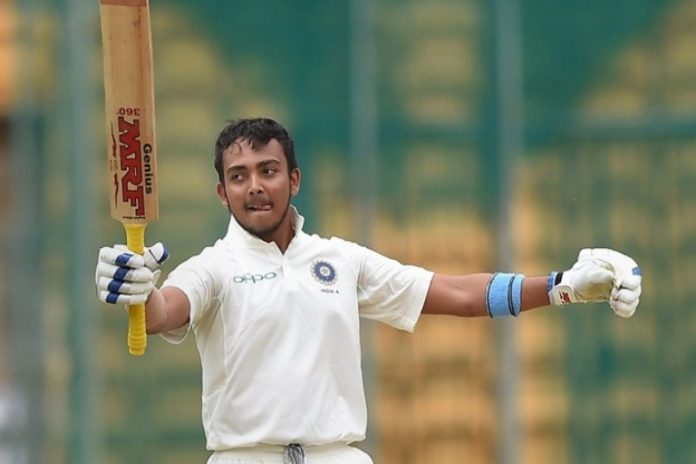 New Zealand-bound young batsman Prithvi Shaw will not bat in Mumbai’s second innings after hurting his shoulder on the opening day of their Ranji Trophy match against Karnataka.

Shaw, named in both India A squads for the upcoming New Zealand tour, also missed fielding during second day’s play here on Saturday. The team is set to leave for New Zealand on January 10.

“He is having a little pain and hence he won’t bat in the second essay,” the media manager at the Bandra Kurla Complex ground said.

Shaw, while saving an overthrow, had hurt his left shoulder in the last session on Friday and had underwent an MRI scan in presence of Mumbai’s physio.

Karnataka resumed their innings on their overnight score of 79 for three and were eventually bundled out for 218, taking a first-innings lead of 24 runs.

Shaw did not field during the entire Karnataka innings. He did not open as Test specialist Ajinkya Rahane came out bat in his place.

An official update on Shaw’s injury status is expected after the day’s play.