Ranji Trophy Final LIVE: The absence of the Decision Review System (DRS) was telling on Thursday as centurion Sarfaraz Khan survived a huge LBW scare in the 1st session. Khan went on to score a ton and took Mumbai past to 350 and the absence of technology could further impact the game. As per reports, BCCI decided against using DRS for the Ranji Trophy Final, due to the expensive nature of the equipment. Follow Mumbai vs MP LIVE updates on Insidesport.IN 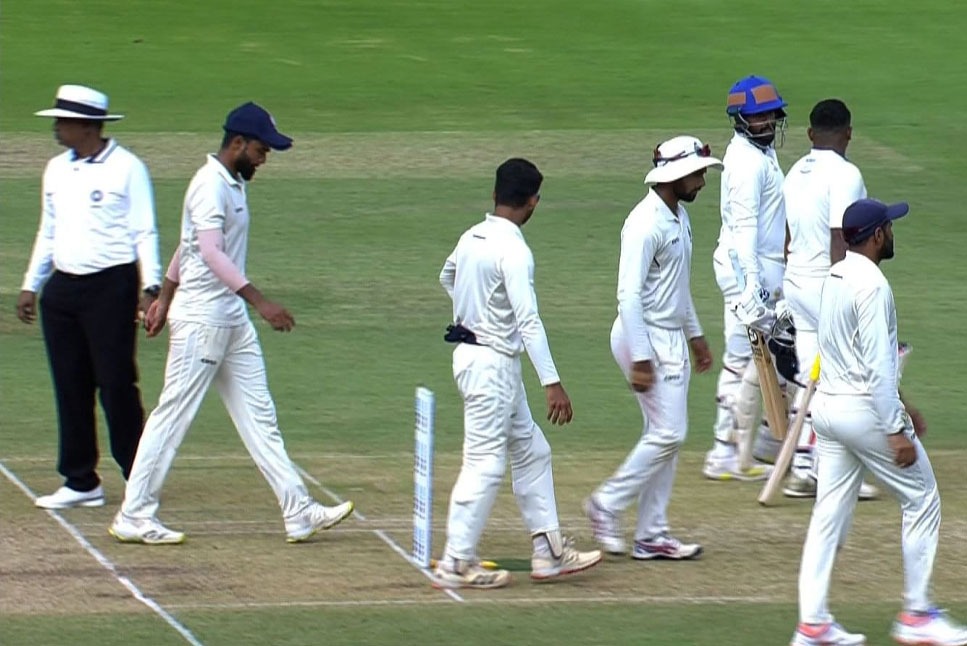 As per a Times of India report, the BCCI decided against using technology and put their faith in experienced umpires for the Ranji Trophy Final at the M Chinnaswamy Stadium in Bengaluru. BCCI have previously experimented use of ‘limited DRS’ in domestic games, which did not comprise Hawk-Eye and UltraEdge.

A BCCI official told TOI, “It’s an expensive exercise to use the DRS. The costs shoot up. How does it matter if there’s no DRS in the final. It’s time we trusted the umpires. India’s two best umpires (KN Ananthapadmanabhan and Virender Sharma) are officiating in this game. And what’s the end result? If you use it in the final, you will want to introduce it in the league stage of the Ranji Trophy too.”

The excuse comes at a time when BCCI have raked in a humungous Rs 48,900 crore in IPL media rights for the next five years. All games of the IPL featured DRS including hawkeye and ultra-edge. Incidentally, the Chinnaswamy Stadium was also the venue for the IND vs SA 5th T20. The match ended in a washout but both ball tracking and Ultra-egde were available alongside DRS.

“The rigging (wiring) and derigging of all the equipment will be extremely costly. HawkEye means extra cameras needed. Ranji is done with limited equipment. The argument will then be that why not for all televised games. Look, you can’t have a half-baked DRS. The last time, it was used for limited replays to see if there’s an edge or not. You can’t use the ball trajectory — a critical element of DRS,” a source in the know of developments said.