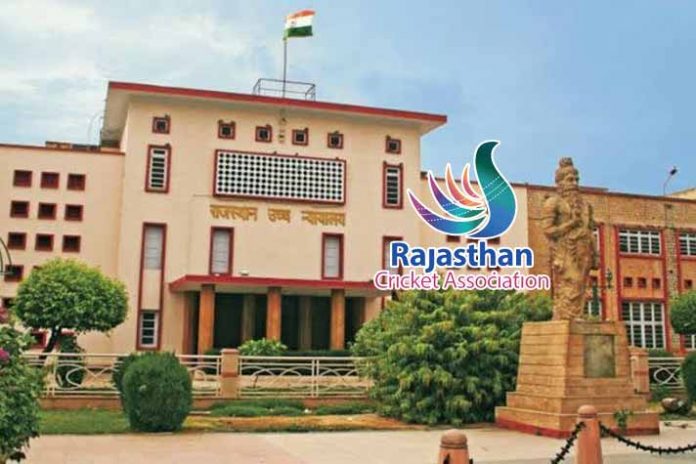 The Rajasthan High Court in Jodhpur has stayed the proposed appointment of the new ombudsman of the Rajasthan Cricket Association during it general body meeting on Monday.

The HC has also allowed the District Cricket Association (DCA) of Nagaur to take part in the meeting. The DCA (Nagaur) had approached the High Court, challenging the appointment of Justice Prashant Agarwal (retd) in the November 4 meeting.

“The RCA had been in the process of changing the ombudsman from Gyan Sudha Mishra to retired judge Prashant Agarwal. This was challenged by the DCA (Nagaur) and the court allowed the petition, staying this appointment,” said a counsel for the petitioner, Manoj Bhandari.

Another counsel for the petitioner said the agenda for the meeting was to appoint Justice Agarwal as the ombudsman but he started issuing notices for hearing before that.

Challenging the notices, the petitioner stated that how could the ombudsman start issuing the notices before he was formally appointed.

“The court restrained him from the adjudication of any matter and working as an ombudsman. How can one begin hearing before his appointment,” another counsel, Vikas Balia said.

“Besides, an ombudsman essentially has to be either a retired Supreme Court judge or a retired chief justice of the high court and the proposed incumbent for the post is just a retired high court judge,” said Balia.

Allowing the petition, Justice Dinesh Mehta stayed the proposed ombudsman from acting and holding a court, stating that he could not act as the ombudsman of the RCA.

On the other hand, the court also said that the Nagpur DCA could not be barred from participating in the meeting.

Before this, the court has also removed the bar on the DCA (Sri Ganganagar) for participation in the meeting.

Now both DCAs will be able to participate in the meeting on November 4.