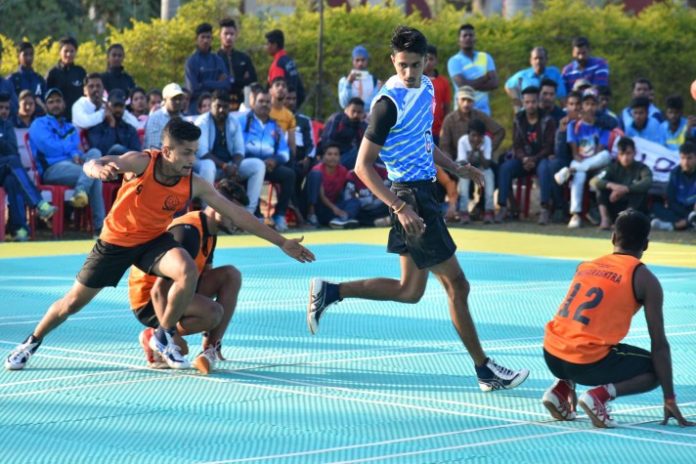 Maharashtra fell short of glory in the finals as Railways clinched the men’s final title while Airport won the women’s title in the finals of the of the Chhattisgarh Amateur Kho Kho Association-organised 53rd Senior National Kho Kho Championships at Allons Public School Ground at Bemetara on Monday.

The men’s event witnessed a close encounter between the defending champion Maharashtra and last year’s runner-up Railways. Maharashtra fought hard but Railways eventually managed to win the title by a margin of single point with one minute to spare on the clock.

Railways’ Vijay Hazare was exceptional on both ends of the mat as he defended for more than two minutes and also clinched 4 crucial wickets for the team in their 15-14 win against Maharashtra.

The Maharashtra women also played a nail biting match against last year’s runner ups Airport Authority of India (AAI) but much like their male counterparts, they too could not finish with a win. The women lost the finals 8-9 to the Airport team.

For Maharashtra Mahesh Shinde displayed an all round performance – securing 3 points and defending for almost 3 minutes while for the women Reshma Rahod played impressive defense for 3 minutes. Their performances however could not drive their teams to victory in the finals.

Earlier in the day Maharashtra defeated Kolhapur to advance to the finals in both categories. While Maharashtra outperformed arc rivals Kolhapur 21-14 in the men’s event the women had to sweat hard in a close 8-7 win against Kolhapur women.