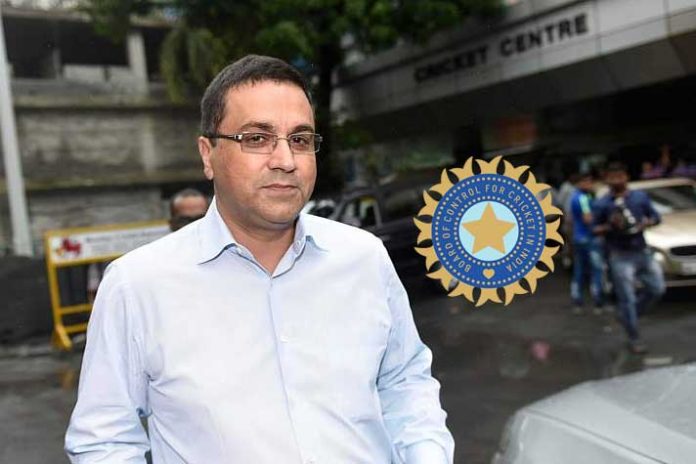 The Board of Control for Cricket in India Chief Executive Rahul Johri has reportedly put in his papers. The development is not confirmed either by the board of Johri himself.

Speculation about Johri’s exit from the BCCI was rife after former board Chief Finance Officer Santosh Rangnekar had quit. InsideSport was first to report in November last year that the Board CEO was not comfortable in the new BCCI set up headed by former India captain Sourav Ganguly. A former BCCI administrator then had confirmed to InsideSport.co that not one would ask Johri to go, but decisions during his tenure since 2016 will be under scrutiny.

Johri had made up his mind on move on soon after the exit of the Supreme Court-appointed Committee of administrators (CoA). Johri had put in his papers “some time ago but it’s not been officially acknowledged yet,” the daily had reported quoting sources.

“He quit some time ago. We have no idea what his plans are in the near future. We don’t even know who all he had marked his email to or if he’s given it in writing to the office-bearers. But it’s certain that he has submitted his resignation,” sources said.

PTI adds: BCCI’s first chief executive officer Rahul Johri, who had tendered his resignation a while ago, might have to wait a little more before he is relieved of the plum job by the Board.

BCCI sources said on Sunday that Johri, appointed in 2016 to the then newly-formed position, had made up his mind to step down after the Supreme Court-appointed Committee of Administrators (CoA) exited the scene in October last year, paving the way for the Sourav Ganguly-led team to take charge

“Johri’s resignation will be accepted but it might take some time. He is trying to negotiate,” a source told PTI.

Since assuming the office of CEO, Johri has been working on multiple fronts, playing a key role in selling the IPL broadcast rights to Star India for a whopping ₹16,348 crore. He was appointed when Shashank Manohar was BCCI president and Anurag Thakur was its secretary.

Johri had joined the BCCI in 2016 as per the Lodha Committee recommendations.

The former BCCI executive, on condition of anonymity, had told Insidesport.co that “Johri under the CoA has acted against the interests of cricket. There was the least respect for former administrators whose contribution in making India a financial superpower in global cricket cannot be ignored. How do you evaluate the position of the chief executive who could not even protect India’s hard-earn commercial position in global cricket? In three years, you have pushed us (BCCI) back by five to seven years.

“Had the earlier regimes not made the BCCI so strong and self-sufficient financially, you would have become like the boards which cannot even pay to their players. There will be no more patronage, shielding and hand-in-glove functioning.”

The source had also revealed that the new BCCI set-up would be looking for a smooth transition and won’t force for any executive’s exit.