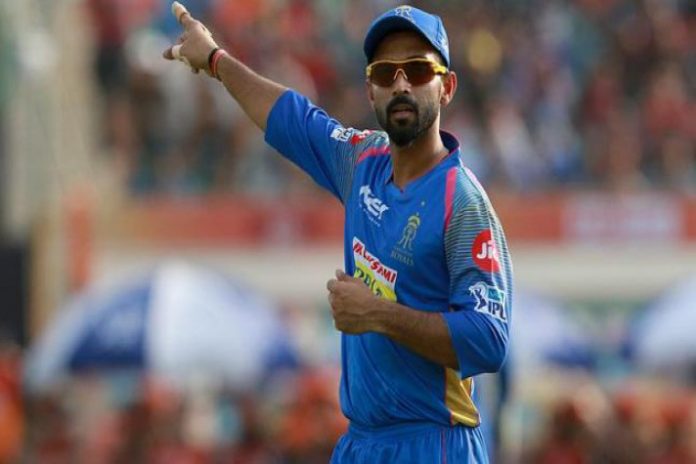 There is a definite spring in Ajinkya Rahane‘s steps after he ended a 17-Test run of not scoring a hundred, a number which has proved to be lucky for him.

Rahane, India’s Test vice-captain, was under pressure to perform in the West Indies and he delivered with an 81 and 102 in the first Test in Antigua.

“You get to learn from every match and every series and I had to wait for two years, 17 Tests, for my Test debut and for this century (in West Indies) I had to wait for 17 Tests. I think there was some co-ordination,” said Rahane in Marathi ahead of the first Test against South Africa beginning here on Wednesday.

“When I was playing for Hampshire, I was thinking, when I made my debut, how my mindset was before that. In these 17 Tests, I was not getting a hundred, I was going behind getting a hundred and it was not coming.

Also Read: I try not to get affected by criticism: Rahane

Rahane gets welcome runs ahead of first Test

“So, in the West Indies, my thought process was that I will not think of getting a hundred even once, whatever has to happen will happen. If a hundred has to come, it will come,” said Rahane who could not hide the excitement of becoming a father soon.

Rahane insisted that he did not work too much on his technique to get back amongst the runs.

“From outside it may look easy, for me, it was about believing in my ability. Not thinking about the technical stuff, it was all about how I make the mental adjustment like handling difficult situations,” said the 31-year-old.

South Africa may not have the services of star players like AB de Villiers and Dale Steyn anymore but Rahane said India cannot afford to take the Proteas lightly. India hammered them 0-3 at home four years ago.

“There are five Tests at home versus South Africa (three Tests) and Bangladesh (two Tests). Because of the Test Championship, you cannot take any team lightly. Even before the championship, we were not taking any team lightly and since the points system is involved, every match is important.

“There is a big difference between winning and drawing a Test in terms of points. When you win home Tests and then go away, there is an advantage that you have points.

“Also, the likes of Aiden Markram and Temba Bavuma did well in the warm-up and Faf du Plessis is an experienced campaigner. You can’t take them lightly.”

The pitch for the game looks like a flat one with hardly any grass on it. India is expected to play two spinners and as many pacers.

“Depending on the conditions we will decide the combination. Hanuma (who bats at 6) can also bowl some spin and that makes a difference. In India, we hardly see three pacers playing,” he added.