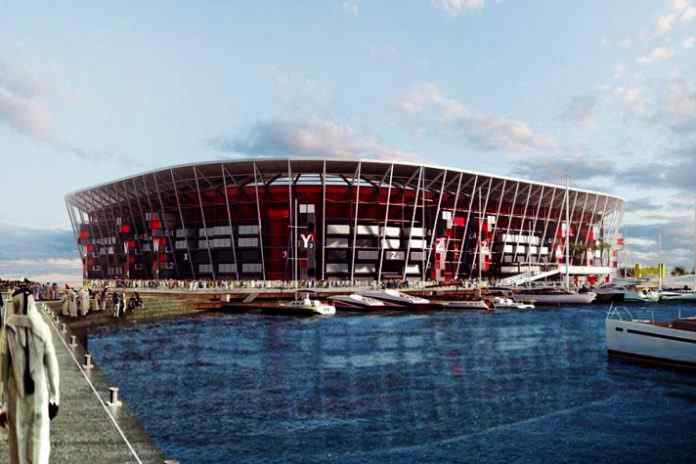 Qatar has revealed the design of the first ever fully demountable stadium to host a FIFA World Cup Finals matches.

The body in charge for delivering the infrastructure for the 2022 FIFA World Cup finals in Qatar – Supreme Committee for Delivery & Legacy (SC) – has unveiled the design of Ras Abu Aboud Stadium, the seventh Qatar 2022 stadium design to be released.

“Innovation has always been central to our plans for delivering a historic FIFA World Cup that leaves a legacy for Qatar and the world, and there is no better example of this than the design of Ras Abu Aboud Stadium,” SC Secretary General H.E. Hassan Al Thawadi said. “This venue offers the perfect legacy, capable of being reassembled in a new location in its entirety or built into numerous small sports and cultural venues. All of this in a stadium that delivers the atmosphere fans expect at a World Cup and which we will build in a more sustainable way than ever before. I’m delighted with this design and confident that Ras Abu Aboud will become a blueprint for future mega-event planners to follow.” 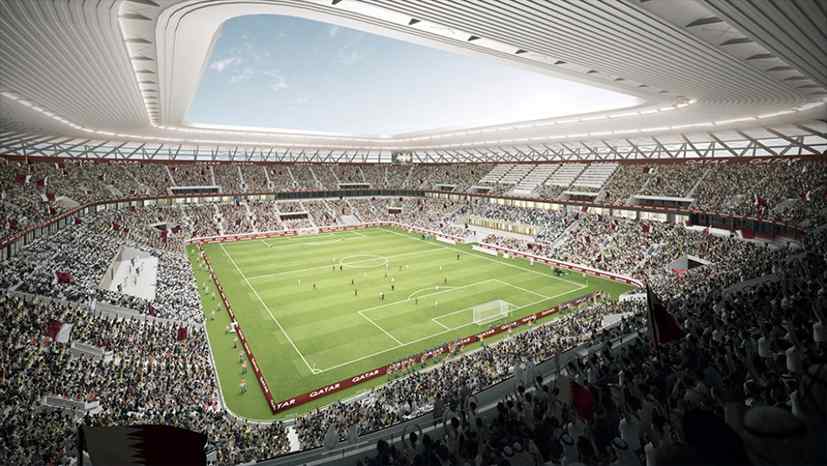 “Qatar is delivering superb results in terms of sustainability, including the proposed design for Ras Abu Aboud Stadium,” said Federico Addiechi, FIFA’s Head of Sustainability & Diversity. “From day one, there has been a strong emphasis on sustainability from Qatar, including a commitment to ensure that all infrastructure meets strict design, build and operations criteria under the GSAS certification programme.

“GSAS is the most far-reaching green building certification. In addition to design and build, it also measures operations. This has actually informed the 2026 FIFA World Cup bidding process. Bidders are now required to adhere to all three steps regarding new developments while existing buildings should be operated according to agreed sustainability guidelines.”

The 40,000-seat venue is slated for completion in 2020 and will be located in a 450,000 square meters waterfront site on Doha’s shore, where the use of shipping containers as one of the main building blocks will echo the nearby port. Situated just southeast of Doha and a mere 1.5 kilometres from the city’s state-of-the-art Hamad International Airport, it will be serviced by excellent transport links, including a dedicated stop on Qatar Rail’s Gold Line (less than a ten-minute ride from Doha’s central Msheireb Station and just 25 minutes from the airport), direct road connections to the centre of Doha and Al Wakrah, and potentially even a water taxi stop. 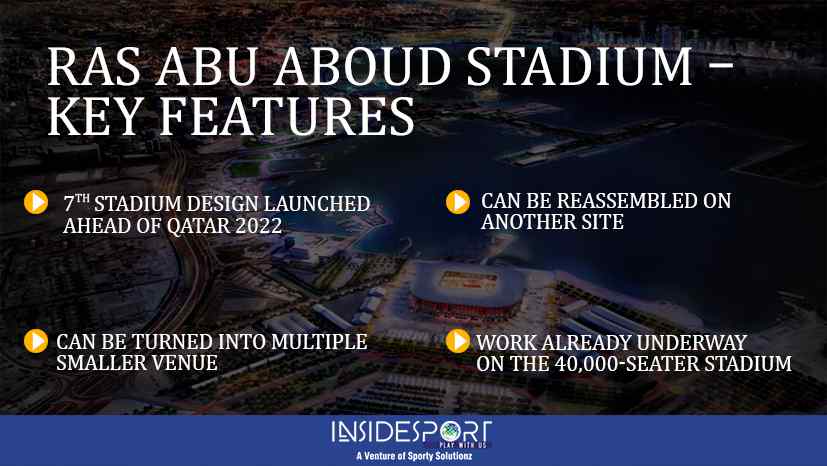 The stadium precinct, meanwhile, will offer exceptional views over Doha’s landmark Corniche and into the downtown West Bay area, making it an ideal location for a waterfront development after the tournament and ensuring a vibrant local legacy. Its design also reinforces Qatar’s commitment to leaving a physical legacy proportionate to Qatar’s needs after the tournament, while heralding a new era of sustainable tournament infrastructure that can broaden the range of countries able to host such mega-events.