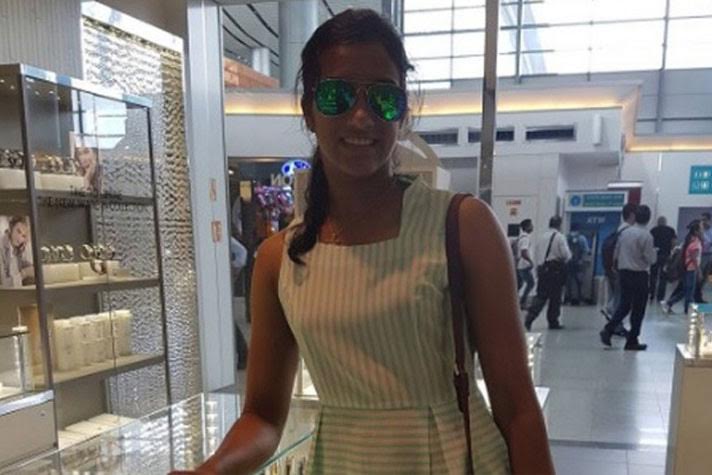 PV Sindhu may well become the show stopper at the 12th Plane Carnival in Bengaluru tomorrow (Saturday). The badminton ace is tipped to co-pilot a light combat Tejas aircraft. If that happens the No. 1 lady of Indian badminton will add a new leaf to the aviation history of India on the World Women’s Day.

Kerala’s oldest publication Onmanorama has quoted military sources as saying that Sindhu will be co-piloting a Tejas aircraft.

Even as there is no official confirmation, Sidhu’s flight is tipped to be the major attraction of the show. The flight will also make Sindhu first woman ever to co-pilot the ‘indigenous iron bird’ Tejas.

PV Sindhu in a sheer co-incident will be in the cockpit of the PV 5 or PV 6 trainer versions of the plane fitted with tandem seats.

Sindhu’s family has expressed their excitement about the historic opportunity and honour. “Yes. We have been invited for the show in Bengaluru. We are waiting for the final programme,” Sindhu’s father P V Ramana has told the publication.

“It’s a great honour for me to fly in a Tejas. It will be a proud moment and I am looking forward,” Sindhu said.

The badminton ace, who had played across the globe, said she always loved being on board an aeroplance, but have never dreamt of getting an opportunity to fly on a military plane.

Vimal Kumar, former India international and director-cum-co-founder of Prakash Padukone Badminton Academy (PPBA), said it will be a lifetime experience for Sindhu.

“She did mention to me about coming for Aero India and never knew that she will be flying the Tejas. It is going to be a great experience for her. The way our pilots go about doing their business is so challenging. The adrenaline rush and all that will be like playing a tough match for her. I am sure she will be thrilled. We are all excited,” Vimal said.

Interestingly, Vimal and his wife Vinitha Kumar, a scientist, will be at Aero India on Saturday when Sindhu is expected to take to the skies.

Sindhu advises to #ShedTheWait of responsibilities in PNB MetLife TVC