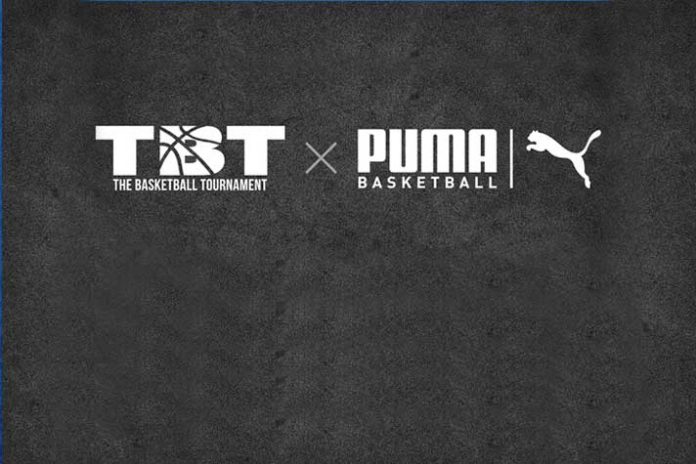 German sportswear giant Puma, returning to the basketball business after a 20-year long absence, has inked its first major sponsorship deal with the US-based The Basketball Tournament (TBT).

PUMA will receive promotional rights to all TBT games, including a significant presence on-site as well during all ESPN broadcasts.

In a unique move and as part of the partnership, PUMA is offering an official endorsement deal to any player who competes in TBT and then signs on with an NBA team the following season. Following last year’s tournament, 16 players signed deals with NBA teams during the 2017-18 season.

Jon Mugar, founder and CEO of TBT, said, “Partnering with an iconic brand like PUMA is a game changer. Not only do they have a massive global footprint, but they also value creativity, risk-taking and the idea of challenging the status quo. This partnership is perfect in so many ways, and will result in an even more memorable and unique experience for basketball fans and players alike.”

Adam Petrick, Global Director of Brand and Marketing for PUMA, said, “TBT is a unique concept and a perfect tournament for us to get involved with as we kick off our re-entry into basketball. We want to shake things up within the sport, and this tournament does that and more by providing opportunities for previously unrecognized talent, and giving fans new ways to experience the game.”

TBT, founded in 2014, is an open-application, single-elimination tournament played each summer in the United States, currently featuring 72 teams. Teams in TBT are arranged by the general managers, sometimes based on which schools the players attended and which teams they had experience competing for. The nine teams in each region with the most registered fans according to the tournament’s website are entered into the bracket.

Four teams in each region are then selected for at-large bids, and the returning semifinalist from each region the previous year gains automatic entry into the field. Four spots per region are also available for purchase on a first come, first serve basis. In 2016, this field included 64 teams. The bracket is divided into four regions and each region has 16 teams, all of which are seeded.

The most unique feature of the tournament is that 90% of the winner prize money goes to the team’s personnel or to charity and 10% goes to its fans.

The German sports brand has made a comeback to the basketball business after 20 years. American rapper and songwriter Jay-Z has been appointed as the creative director of Puma’s basketball operations. The 48-year old will be leading the creative projects and marketing efforts in relation to the company’s revived basketball interests. He will also have a role in assisting with talent-spotting of NBA players to join the brand.