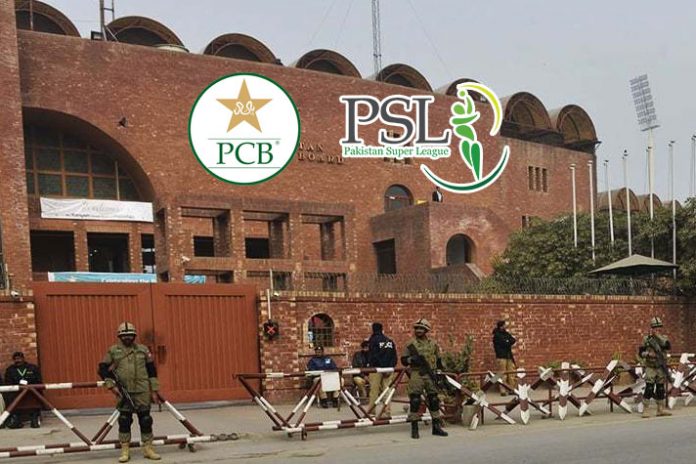 Pakistan Cricket Board is hit hard by tough Indian stand in the aftermath of the Pulwama attack on the CRPF convoy, resulting in the martyrdom of 42 soldiers.

Indian production company IMG-Reliance has opted out of its exclusive production contract with the Pakistan Super League. Exclusive broadcast partner in India, DSport too has declined to telecast the league in India.

Beyond PSL, nationwide outrage has resulted in former Pakistani cricketers portrait being removed from the Punjab Cricket Association’s Mohali stadium and Pakistan Premier and World Cup winning captain Imran Khan’s statue at Mumbai’s Cricket Club of India has been put under wraps.

“We have been informed by IMG Reliance that they will be unable to partner with us for the remaining HBL PSL 2019 and PCB has reserved all its rights. The PCB always had a contingency plan in place, and we are confident we will be in a position to announce the new partner on Monday after the completion of the formalities,” said PCB’s Managing Director Wasim Khan in the statement.

“The PCB has also noted the recent turn of events and expresses its extreme disappointment as we have always believed and emphasised that sports and politics should be kept separate. History tells us that sports, particularly cricket, have always played a key role in building bridges between people and countries.”

“Unfortunately, denying India cricket fans the right to follow HBL PSL by blocking all digital coverage as well as covering or removing the portrait of former Pakistan cricket captain and Prime Minister Imran Khan and other legendary cricketers from one of the most historic cricket clubs and venues are highly regrettable actions.”

“The PCB intends to take up these incidents with the BCCI and the ICC at the upcoming ICC committee meeting in Dubai later this month.”

The CCI, an affiliated unit of BCCI, is home to the iconic Brabourne Stadium in Mumbai, which has hosted many Test matches. The entire CCI premises, including its restaurant, adorn portraits of the sport’s greats across eras and from all nations. Imran’s portrait is one of them as he led Pakistan to 1992 World Cup victory.

“See, CCI is a sports-club and we have photographs of past and present cricketers from all countries. We wanted to show, in our way – displeasure – on whatever is happening right now. It is mark of protest. We have covered it as of now but can’t say right now if we would take it down,” PTI has reported CCI President Premal Udani as saying.

It is high time the PCB understand that terror and sports cannot go on hand in hand. It was the Pakistan-based terror organisation Jaish-e-Mohammad that had claimed responsibility for it.

At a time when the PCB should have shown the spine to condemn the perpetrators of terror roaming free in their backyard, it is seen busy vent its frustration on some tough stand from India that has hit the Pakistan cricket where it is really hurting them hard.