PUBG Mobile New version: What does it bring to the table for gamers, Check the pros and cons

PUBG in India has been banned but in Korea the new version of PUBG Mobile is out.

The new version is one of the versions of PUBG mobile made for players in South Korea however it can be played without the need of using a VPN in any part of the world including INDIA. 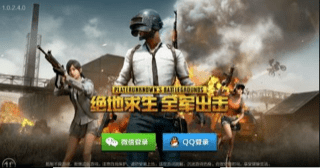 You are required to install it through a 3rd party app like APK pure or any other websites.

Also the update needs to be installed the same way.

Although there are many differences between PUBG Mobile and PUBG Korean, they are quite the same in all terms of mechanisms, gameplay, matching, etc. So the change will not affect your skill level. The downside being that you will have higher Ping, the reason being that you will be connected to the Korean servers. PUBG Korean has lots of different skins and new features also.

Also PUBG Korean players and PUBG global players can play with each other and also both games have the same server choice. So you can be matched PUBG Korean is just like PUBG Mobile when it comes to matchmaking, players do come across many hackers.

You will meet both PUBG Korean players and PUBG Mobile players in matches and also you can connect with your global friends and play together with them too.

2. Ping is the same just like in global version. You will get the same ping but it also depends on your network. I use a 4g sim and in Asia server, I got a ping around 120 ms in Korean version

4. global version and kr version players can team up and play together.

1. You cannot connect your global version ID with the Korean version game and vice versa. So you may need to open a new account when starting to play Korean version pubg.

5. Crates have time limit of 20–30 days. If rewards are not obtained within the time period they might reappear after a very long period. After time period is over new items are bought into list in the specific crates.