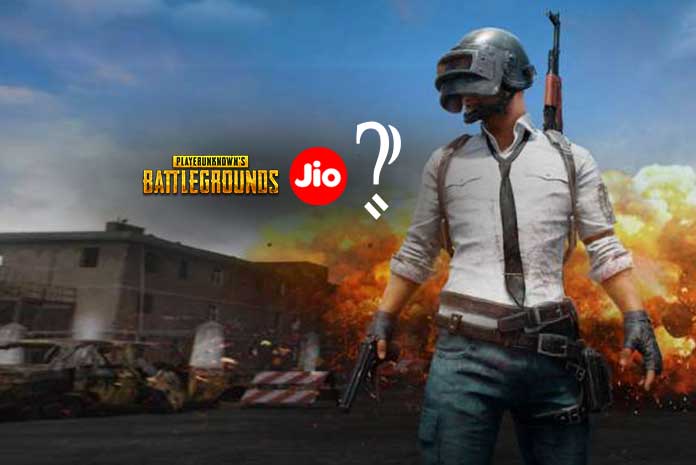 The South Korean owners of PUBG wants things back on track in its biggest market. After the Tencent partnership break , the PUBG mobile corporation will need to look for another sponsor, partner in India. Who it will be ?
Also Read: PUBG Ban : Indian government ‘unlikely’ to reverse ban on PUBG anytime soon
Will it be another foreign partner like Activison ? Or will they look for an Indian sponsor ?
This comes close on the heels of PUBG Corp. (unit of South Korea’s Bluehole Games) severing ties with Chinese gaming firm Tencent Games after PUBG also was named among 118 Chinese apps banned by the Indian government as part of a broader military, political and economic response against China post deadly border clashes in June.
Who can be the potential partners for PUBG ? Can it be Reliance Jio ?
According to few unconfirmed reports, Reliance Jio can be one of the most able potential partner of PUBG in INDIA. Some of the Industry sources have informed InsideSport that Reliance Jio is in discussion with PUBG and can take over the PUBG License to operate in India.
InsideSport tried reaching Reliance Jio’s official spokesperson but did not get any reply.
Why Reliance Jio can get in a relationship with PUBG – RIL chairman Mukesh Ambani himself had declared in the month of February that online gaming would be bigger than most of the entertainment mediums.
Speaking to Microsoft CEO Satya Nadella in Feb,
“There is a huge potential for gaming to grow in India”, Mukesh Ambani said. “Gaming will be bigger than music, movies and television shows put together,” he added during the interview. While the gaming sector is only in its nascent stage, at best, Mukesh Ambani said that there is a huge opportunity for growth thanks to increasing penetration of the internet in the country.
Earlier, in 2019, Reliance Jio had announced its Jio Fiber set-top box to support “console-like” gaming, saying that it will enable newer entertainment and gaming experience. Akash Ambani and Isha Ambani, Directors of Reliance Jio, also gave a demonstration of the major gaming capabilities of the Jio Set-Top Box. “This will be at par with the leading gaming platforms globally,” Akash Ambani said, who also played FIFA 19 on stage to highlight that the set-top box supports multiplayer gaming.
With such a view, vision about the gaming industry growth in the Indian market, don’t be surprised if PUBG and Reliance Jio makes the big announcement soon.
Who are the other potential partners for PUBG in India ?
PayTM Games and Nazara Technologies are rumored to be other potential partners for PUBG License in India.
Seasoned investor Rakesh Jhunjhunwala picked up a stake in the gaming company Nazara Technologies couple of years back. The deal was pegged around Rs 180 crore and was the first bet of Jhunjhunwala on India’s digital space. Nazara runs popular titles such as Chhota Bheem and Virat Cricket. “I am always on the lookout for promising companies which are leaders in high-growth verticals. Nazara has a consistent track record of delivering profits, cash flows, along with efficient use of capital and high RoE. I see growth potential in the company,” Rakesh Jhunjhunwala said in 2017 at the time of the deal.
Nazara according to the sources are also interested in exploring licensing relationship with PUBG.